Priest welcomes baby with Down Syndrome

A priest who recently welcomed into the children's home he runs a newborn with Down syndrome says that child is a gift from God. 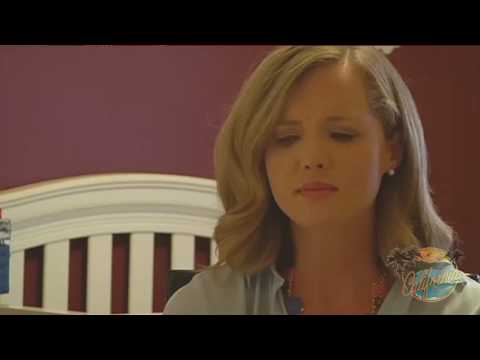 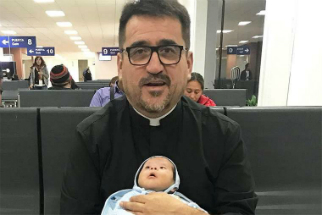 Keywords: Catholc News, Home of the Association of the Beatitudes

Lima, Peru (CNA/EWTN News) - The priest is Fr. Omar Sanchez Portill, the director of the Home of the Association of the Beatitudes, located in the LurĂ­n district of Lima, Peru. On his 51st birthday, Portill was contacted by a social worker about a two-month-old baby with Down syndrome who was in need of a home. The child's mother, only a teenager herself, was unable to care for him.

"Thank you Jesus for the gift you have given me for my birthday! You never cease to surprise me, my Jesus. Welcome Ismael! Bringing you from Cusco has been a complete adventure, the first of many we're going to share together. Chromosome of love, Downs Syndrome," the priest posted on his Facebook page.

In an interview with ACI Prensa, CNA's Spanish language sister agency, Portill related that Ismael's mother was an alcoholic, schizophrenic  17-year-old from a city in southern Peru.

"She went to the hospital to give birth. Apparently she had a difficult pregnancy, she gave birth and left him at the hospital. The Department for Women and Vulnerable Populations knows about our work, the profile of the kids we take in, and called us to receive him. I accepted that responsibility myself," the priest said.

"He arrived on a very special day, May 5, my birthday, as a special gift from God in my priestly life, as its fruitfulness, as a spiritual father, as a human being. He is a very particular gift from God," he added.

The Association of the Beatitudes, founded by Portill, welcomes and provides comprehensive careďż˝"nutrition, healthcare, the sacramental lifeďż˝"for children, adolescents, and adults who suffer from physical or psychiatric disabilities, who have been abandoned on the streets or in garbage dumps or who live in extreme poverty.

The Home of the Beatitudes takes in about 60 people every year and currently houses 217 people. They also have a team of about 80 lay people that serve in this work of charity.

"Of the people that live there 98 percent have some disability, a different ability, or a psychiatric or physical illness. We have children who are visually impaired, have multiple disabilities (blind, deaf, mute), children with Down syndrome, intellectual disabilities, autism, adults and young people with mental illness, picked up off the streets," the priest said.

Fr. Portill told ACI Prensa that he is an admirer of Saint Teresa of Calcutta, from whom he borrowed the phrase: "Don't abort the child, give the child to me," and says he does his own "March for Life" because the shelter he runs maintains "a commitment to life from conception to natural death."

The priest said that those who criticize and accuse the Church of not caring about abandoned children "are either unaware or do it maliciously," because "the work of the Church in all circumstances is evident."

Noting that abortion is allowed in some countries when there is a fetal deformity or a genetic disorder is detected, Fr. Omar responded that "the world is losing an extraordinary treasure."

"What these people really create is solidarity, leading others to open up their hearts and to be detached, it's a treasure the world cannot do without. They help us to come out of ourselves," he added.

The priest said that he thanks God every day for the work with which he has been entrusted.

"For having given this priest who is a sinner such a huge, important and meaningful responsibility, and that through the work that God has entrusted to my heart and my hands, so many people have drawn close to God, so many people have converted and have returned to the Church. That is the significance," he indicated.