Charlie Gard lost the fight against his very rare mitochondrial disease on July 28, 2017. The world followed his parents as they fought tirelessly for better treatment for their baby boy. Ultimately, the courts ruled in favor of his hospital, the Great Ormond Street Hospital, to block transfer to the United States and pull the baby off life-support. For the first time since his death, NowToLove.com released their exclusive Take 5 interview with Charlie's mother, Connie Yates, about her family's heartbreaking journey. 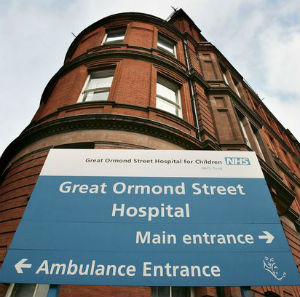 Charlie Gard was a patient at the Great Ormond Street Hospital.

LOS ANGELES, CA (Catholic Online) - Connie fell in love with Charlie from the moment he was born. "Just like that, I understood it - it was love at first sight," she discussed with Take 5. "He was absolutely perfect."

Charlie's parents, Connie Yates and Chris Gard, began to live a normal life with their new son - well as normal a life as one can live with a newborn. They set into a routine with feedings and changings and shared delight in the most beautiful moments.

"'He smiled for the first time today!' I told Chris excitedly when he came home from work one night."

However, everything changed for the new parents when Charlie was eight-weeks-old.

"Charlie began to refuse his breastfeeds, which meant he started to drop in weight. I was worried - he felt strangely floppy in my arms, too."

Connie and Chis took Charlie to the hospital. Once there, doctors grew very concerned as Charlie was placed on a ventilator to help breathe.

"Eventually a consultant sat us down," Connie recalled. "'Charlie has something called RRM2B - a type of mitochondrial depletion disease,' he said."

Charlie was believed to be just the 16th person in the world born with this disease.

His parents were informed there was no cure and the disease would begin to affect Charlie's brain.

"'It would be kinder to switch the ventilator off and let Charlie go peacefully,'" the doctor continued. 'Let him die?' I gasped," Connie stated. "There was no way we could turn off his ventilator, not while he was still fighting."

After looking into their options, Chris and Connie found a father in the United States whose son suffers from the same condition. He underwent a "pioneering treatment called nucleoside therapy" and reportedly grew stronger. The doctor in the U.S. wanted to help Charlie, too.

"There was no guarantee it would work, but it was a chance. It gave us hope."

Connie and Chris felt they were so close to seeing their baby happy again. They requested a meeting with the hospital to discuss Charlie receiving the treatment in the UK.

"Then, without explanation, the meeting was canceled," she said. "We were still being told to turn off life support, but there was no way I was doing that if there was even the tiniest chance Charlie could survive."

Chris suggested they could then take Charlie to the United States. Despite the heart dropping cost of travel and treatment, they continued not to give up.

"I set up a GoFundMe page, and I couldn't believe it when our request for help went viral."

Just when things began to look up again, the hospital took the parents to court.

"The doctors were going to ask a judge to overrule us as parents to get Charlie's ventilator switched off," Connie said. "We were given 31 days to prove to the judge why Charlie should have the treatment."

The world stood by Charlie's parents during their fight. Pope Francis reached out to them offering a place at the Vatican's hospital should the courts rule against them. U.S. President Donald Trump went public with prayers and well wishes for the family. Hundreds and hundreds of people began donating money to their GoFundMe page.

Connie recalled how one woman donated her entire life savings of $80,000 to Charlie's fight.

"It was amazing. Incredibly, we raised the money just in time," Connie stated, noting they were sure the judges would give them a chance.

"When the doctors told the judge that Charlie was so badly brain damaged, as well as deaf and blind, that it wasn't worth even trying the drug, we were completely shocked."

Charlie's parents were certain his condition was not as bad as the doctors and courts were believing.

"We could soothe him to sleep by stroking his hair and tickle his feet to wake him up," she said. "He at least deserved the opportunity to have treatment."

Charlie's parents began to hear a series of no's from the courts and the hospital doctors.

Charlie Gard's life-support was pulled, and he passed away on July 28, 2017. He was a week away from turning one.

"Our beautiful little boy has gone, we are so proud of you Charlie," Chris and Connie said in a written statement after his death.

Heartbroken and empty, Charlie's parents felt lost and defeated without their baby boy.

They announced on their website, Charliesfight.org, they would be using the money donated from their hundreds of thousands of supporters to set up The Charlie Gard Foundation to help other children with Charlie's condition or other rare illnesses.

"Too many children are losing their fight against rare medical conditions, which emphasizes the need for more research, and we hope we can help deliver this through Charlie's foundation," reads their site. "We also intend on becoming a hub of information for parents that may find themselves in a situation like ours. There needs to be more clarity for parents about parental rights when it comes to making life-saving decisions about their children."

Chris and Connie also announced that GoFundMe has donated $13,000 to their cause. "A wonderful gesture from the team, and we are extremely grateful for their generosity. All existing donations from our GoFundMe fundraising account - and any new donations - will now go towards Charlie's foundation."

"We feel that the foundation will be a lovely legacy for Charlie, and we hope that you will all continue to support us in honoring the life of our little warrior as he helps other poorly children and their families."