The Catholic History of Memes

Memes are a popular form of communication. A picture suggests a feeling, and a caption makes the point. Many people assume these are a new cultural phenomenon, but that isn't true. The Catholic Church has used memes for centuries to proclaim the Gospel and teach important lessons. 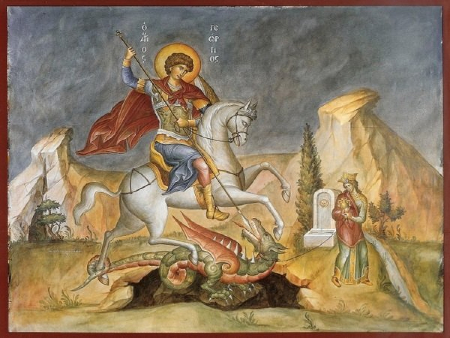 LOS ANGELES, CA (California Network) - Here's a popular meme, "Captain Picard." The hero of the Star Trek, the Next Generation series, is often used to point out inconsistences between a person's stated beliefs and their behavior. You know, hypocrisy. Here is one such meme, with a Catholic caption. The meme suggests incredulity from an authoritative source (Picard is a Captain after all). 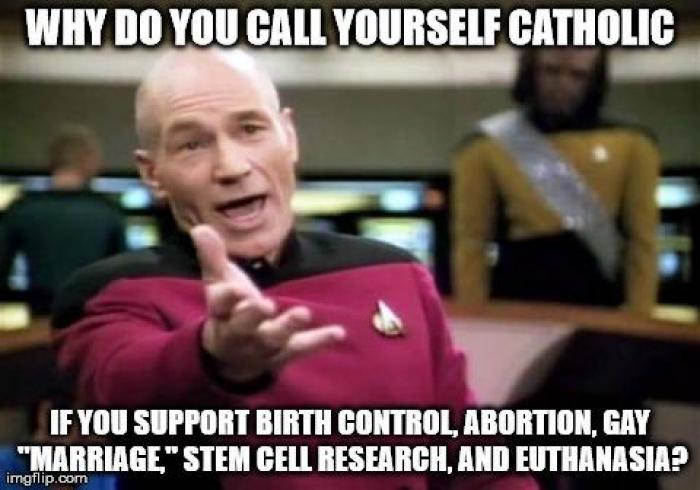 Captain Picard pointing out hypocrisy is a common meme.

Together with the caption, the meme evokes feeling while conveying meaning.

But this isn't a new phenomenon.

According to the Internet, the first meme online was a dancing baby icon, created in 1996. Others say the first viral meme was created in 1921, and shows a comparison between how a person thinks they look, and how they actually appear. Apparently, the ad went viral. However, memes go much further back, possibly even to prehistoric times when cave art and carvings were used to convey important ideas and meanings.

The term meme, is defined as: 1) An element of a culture or system of behavior that may be considered to be passed from one individual to another by nongenetic means, especially imitation.2) A humorous image, video, piece of text, etc., that is copied (often with slight variations) and spread rapidly by internet users. (Oxford Languages Dictionary)

But a short examination of Catholic icons find these works of art meet this criteria.

Here is some Catholic humor from a medieval manuscript, drawn by a monk. 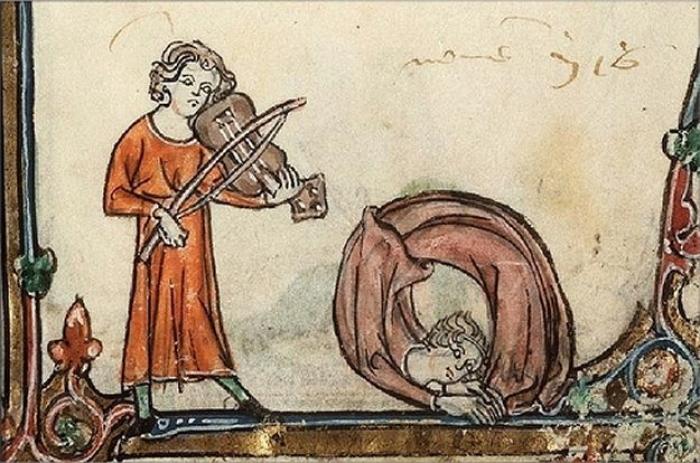 Medieval monks often used humor, drawing pictures in the margins on their work. We may not get the jokes, but someone thought it was funny enough to draw.

The joke itself eludes us, but we can imagine. Either the music is so amazing as to provoke medieval break dancing, or it is so terrible that one wants to curl up and roll away.

In fact, some medieval artwork is so iconic, that it's been repurposed to create modern memes.

Here is a meme based on works found on the Bayeux Tapestry. 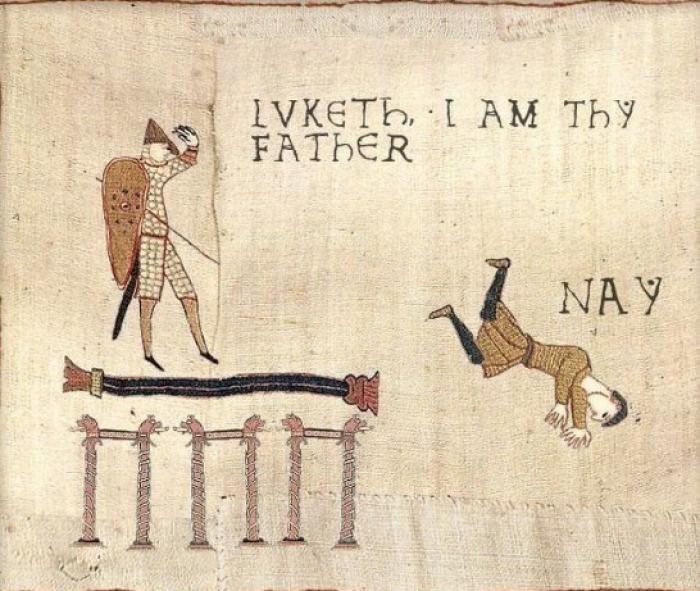 Modern internet users have managed to turn the Bayeux Tapestry into an unending source of memes. Here is an iconic scene from the movie, 'Star Wars,' turned into a medieval-looking meme.

The early Church used memes of various kinds to convey meaning to people, who often lacked the ability to read. Images were painted on the walls, ceilings, and on canvas and other mediums, to convey stories.

Here is St. George, slaying the dragon. According to the legend, a dragon terrorized a town, demanding the tribute of a sheep each day. When the villagers ran out of sheep, the dragon demanded children. The victims were chosen by lottery, until the king's daughter was drawn. Then, it happened that St. George arrived and learning of the dragon, he slew the beast, saving the princess. Sound familiar? That's a Catholic story. It reveals how evil can be incremental, something that begins small, but develops into something much worse. Much like the relationship between venial sin and mortal sin.

The icon of St. George conveys this truth to people who know the story. 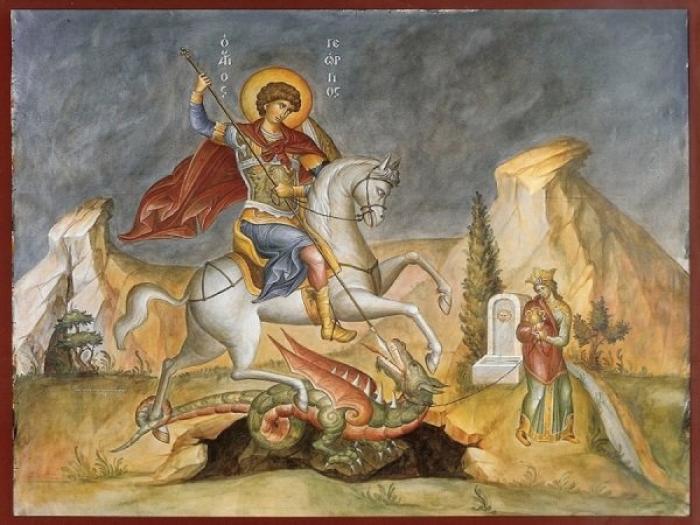 There are also symbols in each icon that convey important meanings. For example, the halo, which represents being crowned with the sun, is a symbol of divinity. The Romans used this as a common convention in their artwork, and it was so well understood, it was copied by early Christian Roman artists. Today, we see halos, and few understand what they mean, or their origin. But people living in the ancient and medieval world understood their meaning. Of course, they represent divine holiness. 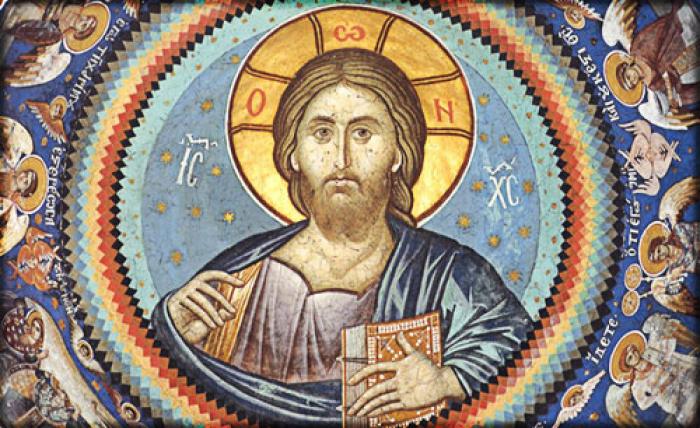 The halo is a sign of divinity. The Greek letters tell us who is depicted in the image. In this case, Jesus is present with a Bible, representing the Word of God made flesh.

Letters, often in Greek, also convey meaning. Another meme to look for are hand gestures. In this case, Jesus is holding His hand in such a way as to spell His name. 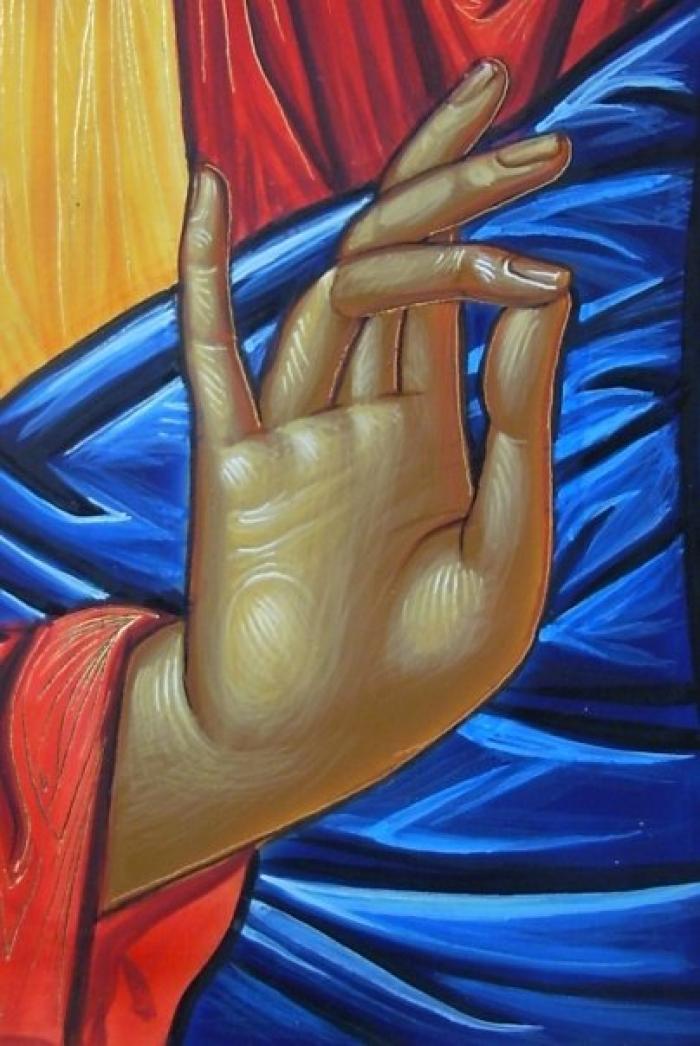 A hand signal which represents Jesus Christ. The fingers spell, I, C, X, and C. This is derived from the first and last letters of the Greek name for Jesus Christ (IHCOYC XPICTOC) and it represents the name by which we are saved.

Today, gangsters are known to flash hand signs at one another to show allegiance. But this is an ancient practice. Early Christians used secret gestures to identify themselves to one another, a response to public persecution. When the persecution ended, people remembered the signs and their meanings, and incorporated these gestures into icons.

These practices can be seen in modern takes on icons. Recently, artists are taking medieval icons and drawing them in a modern fashion. They are updating these ancient memes for modern audiences. This modern icon of St. Joseph provides an example. 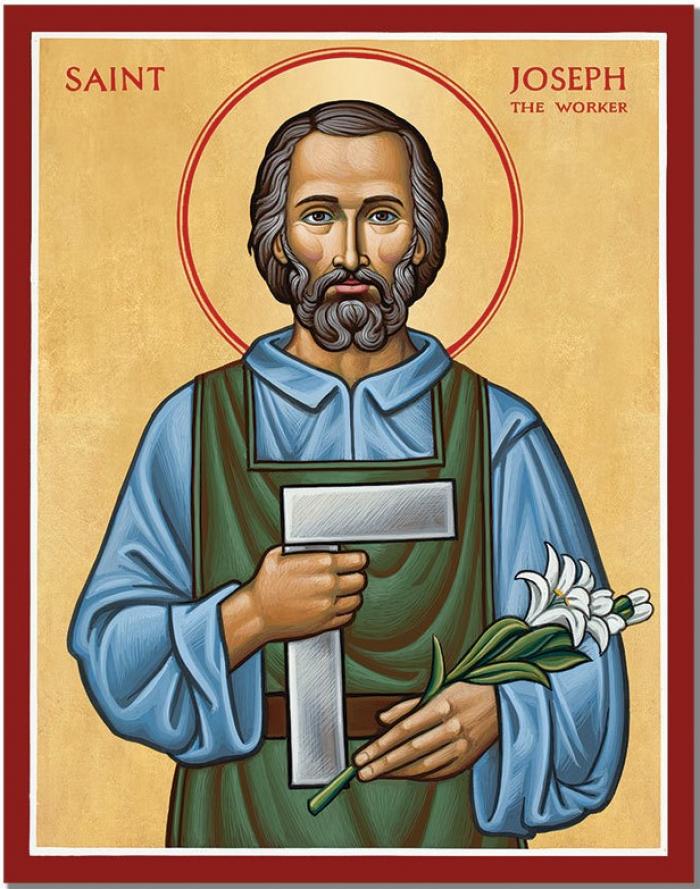 A modern depiction of St. Joseph with a modern square and lily makes it clear that St. Joseph is a worker. The earth-toned colors of his clothes depict him as an ordinary person, but the halo reveals his holiness.

He is clearly a working man, as the square and working clothes reveal. His clothing is that of a blue-collar worker. However, he is also holy, as the halo depicts, and the lily represents his integrity.

What should be obvious is that memes are nothing new. Ancient Catholics used memes to teach and convey meaning, exactly the same way modern users of the internet use them. Once you see this, you can't unsee it!

Enjoy FREE Catholic classes! Dedicated to the magisterium of the Church, you can get a FREE, world-class, Catholic education. Click here to enroll now!