Pope Francis said Sunday that the cannonball that wounded Ignatius of Loyola 500 years ago not only changed the saint's life but also the course of the world. 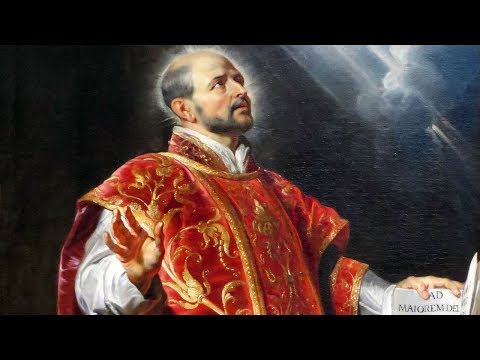 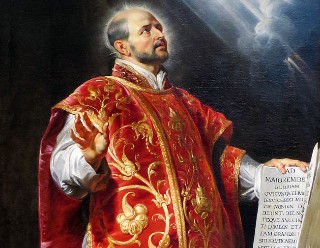 The world's first Jesuit pope made the remark in a May 23 video message marking the start of an Ignatian Year celebrating the 500th anniversary of St. Ignatius' conversion.

"In Pamplona, 500 years ago, all Ignatius' worldly dreams were shattered in an instant," he said. "The cannonball that wounded him changed the course of his life, and the course of the world."

"Seemingly small things can be important. That cannonball also meant that Ignatius failed in the dreams he had for his life. But God had a bigger dream for him."

The pope's message was broadcast at a live global prayer event called "Pilgrims with Ignatius," featuring Jesuit Superior General Fr. Arturo Sosa and people from across the world sharing their testimonies.

St. Ignatius, the founder of the Jesuit order, aspired to be a famous soldier as a young man. But his military career came to an abrupt end on May 20, 1521, when a cannonball injured his right leg while he was defending the city of Pamplona in northern Spain.

He experienced a spiritual awakening while recovering from surgery. When he could walk again, he decided to embark on a pilgrimage to the Holy Land.

He went to a Benedictine abbey in Montserrat, where he confessed his sins, exchanged his expensive clothes for sackcloth, and left his sword before an altar dedicated to the Virgin Mary.

He then walked to Manresa, arriving on March 25, 1522, and settling in a natural cave where he would spend the next 11 months. It was there that he underwent the religious experiences that led him to write the Spiritual Exercises, the foundation of Ignatian spirituality.

The pope said: "God's dream for Ignatius was not about Ignatius. It was about helping souls. It was a dream of redemption, a dream of going out into the world, accompanied by Jesus, humble and poor."

He explained that although Ignatius' conversion began in Pamplona, it did not end there.

The Ignatian Year formally opened on May 20 with a live-streamed Mass at Pamplona Cathedral, celebrated by local Archbishop Francisco PĂ©rez GonzĂˇlez with a homily by Fr. Sosa.

Another highlight of the Ignatian Year will take place on March 12, 2022, when a Mass is offered at the Church of the GesĂą in Rome marking the 400th anniversary of St. Ignatius' canonization. The commemorative year will end on July 31, 2022, the Jesuit founder's feast day.

In his video message, the pope said that St. Ignatius' conversion deepened through a practice known as discernment.

"Discernment does not consist in always succeeding from the beginning, but in navigating and having a compass in order to be able to set out on the path, which has many twists and turns, but always allowing oneself to be guided by the Holy Spirit, who leads us to the encounter with the Lord," the pope said.

He added that other people are "signs" that can help us to discern God's will.

He continued: "I pray that all those who are inspired by Ignatian spirituality will make this journey together as an Ignatian family. And I pray that many others will come to discover the richness of this spirituality that God gave to Ignatius."

"I bless you from my heart, that this year may truly be an inspiration to go out into the world, helping souls, seeing all things new in Christ. And also an inspiration to let ourselves be helped. No one is saved alone: either we are saved as a community or we are not saved. No one shows the other the way. Only Jesus has shown us the way. We help each other to find and follow this path."