Free World Class Education
FREE Catholic Classes
'His wounds are the pathways that God has opened up for us to enter into his tender love and actually �~touch' who he is.'

At every Mass we adore and kiss Christ's wounded and risen body in the Eucharist, a channel of his mercy, Pope Francis said on Divine Mercy Sunday. 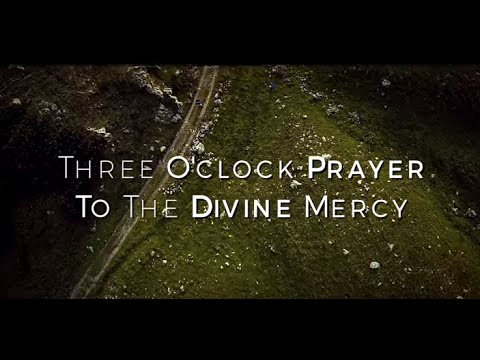 Offering Mass at the Church of Santo Spirito in Sassia April 11, the pope reflected on Jesus' appearances to his disciples between his resurrection and his ascension, explaining that the disciples received the mercy of Jesus Christ through the gifts of his peace, forgiveness, and wounds.

"His wounds are open channels between him and us, shedding mercy upon our misery," Francis said. "His wounds are the pathways that God has opened up for us to enter into his tender love and actually â€~touch' who he is. Let us never again doubt his mercy."

"In adoring and kissing his wounds, we come to realize that in his tender love all our weaknesses are accepted," the pope continued. "This happens at every Mass, where Jesus offers us his wounded and risen Body. We touch him and he touches our lives. He makes heaven come down to us. His radiant wounds dispel the darkness we carry within."

He said: "Like Thomas, we discover God; we realize how close he is to us and we are moved to exclaim, â€~My Lord and my God!' (John 20:28). Everything comes from this, from the grace of receiving mercy."

Pope Francis celebrated Mass on Divine Mercy Sunday together with several priests who were designated "Missionaries of Mercy" during the Jubilee Year of Mercy in 2016.

Around 80 people were invited to attend the pope's Mass, including a group of inmates from three Rome prisons: Regina Caeli, Rebibbia female, and Casal del Marmo.

Nurses from the nearby Hospital of S. Spirito in Sassia were also present, as well as people with disabilities, a family of migrants from Argentina, and young refugees from Syria, Nigeria, and Egypt.

"I address a special greeting to you, present here in the Church of Santo Spirito in Sassia, the Shrine of Divine Mercy," the pope said at the end of Mass.

"You represent some of the situations in which mercy is made tangible; it becomes closeness, service, care for those in difficulty," he said. "I hope you will always feel you have been granted mercy, so as to be merciful to others in turn."

Before reciting the Regina Coeli, a Marian antiphon prayed during the Easter season, Francis said: "May the Virgin Mary, Mother of Mercy, obtain this grace for us all."

Afterward, Pope Francis greeted each person individually before returning to the Vatican.

In his homily on Sunday, Pope Francis said because we have been forgiven by God in his abundant mercy, we must show the same mercy to others.

"Do you want proof that God has touched your life? See if you can stoop to bind the wounds of others," the pope said in a homily April 11.

"Let us not remain indifferent," Pope Francis urged, stating that a faith which receives but does not give becomes arid, barren, and sentimental.

The pope also spoke about the Sacrament of Reconciliation, also called confession.

"Let us ask for the grace to accept that gift, to embrace the Sacrament of forgiveness," he said. "And to understand that confession is not about ourselves and our sins, but about God and his mercy. Let us not confess to abase ourselves, but to be raised up. We, all of us, need this badly."

"Like little children who, whenever they fall, need to be picked up by their fathers, we need this," he stated.

"We too fall frequently. And the hand of our Father is ready to set us on our feet again and to make us keep walking. That sure and trustworthy hand is confession."

He recalled that the disciples, after receiving Christ's mercy, in turn became merciful. In the Acts of the Apostles, it says "no one claimed private ownership of any possessions, but everything they owned was held in common," he said.

"This is not communism," Francis underlined, "but pure Christianity." The same disciples who had earlier argued about who was the greatest among them now share everything.

"How did they change like that? They now saw in others the same mercy that had changed their own lives," he said. "They discovered that they shared the mission, the forgiveness and the Body of Jesus, and so it seemed natural to share their earthly possessions."

Francis pointed to the verse that says: "There was not a needy person among them."