Pope Francis witnessed an indigenous performance at a tree planting ceremony in the Vatican gardens Friday during which people held hands and bowed before carved images of pregnant women. 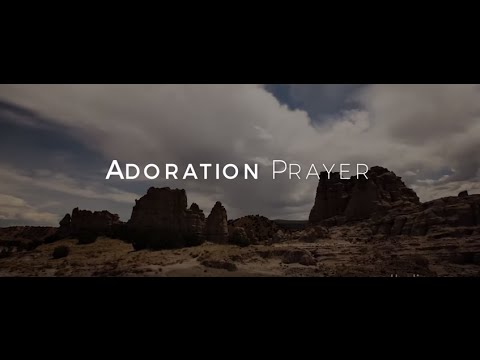 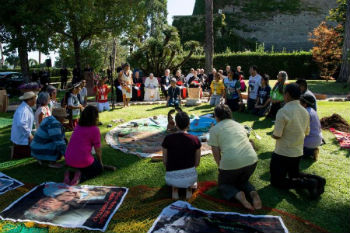 Vatican City, (CNA) - Pope Francis witnessed an indigenous performance at a tree planting ceremony in the Vatican gardens Friday during which people held hands and bowed before carved images of pregnant women.

A group of people, including Amazonians in ritual dress, as well people in lay clothes and a Franciscan brother, knelt and bowed in a circle around images of two semi-naked pregnant women in the presence of the pope and members of the curia.

After witnessing the ritual, Pope Francis set aside his prepared remarks, opting instead to offer the Our Father without comment.

The ceremony in the Vatican gardens -- organized by the Global Catholic Climate Movement, Pan-Amazonian Ecclesial Network, and the Order of Franciscan Friars Minor -- was described as a celebration of the feast of St. Francis and the opening of the Synod of bishops on the Pan-Amazon region Oct. 6-27.

Participants sang and held hands while dancing in a circle around the images, in a dance resembling the "pago a la tierra," a traditional offering to Mother Earth common among indigenous peoples in some parts of South America. No explanation was provided by the event organizers as to why the dance was performed for the Feast of St. Francis or what it symbolized.

Pope Francis remained seated in a chair outside the group throughout the ceremony.

A representative from the Vatican Dicastery for Promoting Integral Human Development said after the event that the dicastery's officials were invited to attend the event, but neither orgnized nor promoted it.

People carried bowls of dirt from different places around the world, each symbolizing a different issue from ecological devastation to migration. The dirt was placed around a tree from Assisi, which was planted as a "symbol of integral ecology."

After what appeared to be the offering of prayers by participants, who prostrated themselves on the grass around a blanket upon which fruit, candles, and several carved items were set, an indigenous woman approached the pope and presented him with a black ring, which appeared identical to the one she was wearing.

The ring appeared to be a tucum ring -- a black ring worn in Brazil and Latin America as a sign of dedication to certain social causes, and often associated with liberation theology advocate Bishop Pedro Casaldaliga.

Prior to the pope's decision not to offer his prepared remarks, Cardinal Peter Turkson, Prefect of the Dicastery for Promoting Integral Human Development, spoke about Francis' environmental encyclical Laudato Si.

"Not only is our environment deteriorating globally, little effort is also made to safeguard the moral conditions for an authentic human ecology," Turkson said.

"God's Word transformed 'chaos' at the dawn of creation into a 'cosmos,' an ordered world system, capable of supporting human life, and suitable to be home for man. And the lesson here is simple: 'Chaos' with the Word of God becomes 'Cosmos.' Conversely, 'Cosmos' without God's Word turns into 'chaos,'" he said.