The Vatican announced Thursday approval of a miracle attributed to Venerable Cardinal Stefan Wyszynski, the former primate of Poland known for his heroic resistance to Communism. 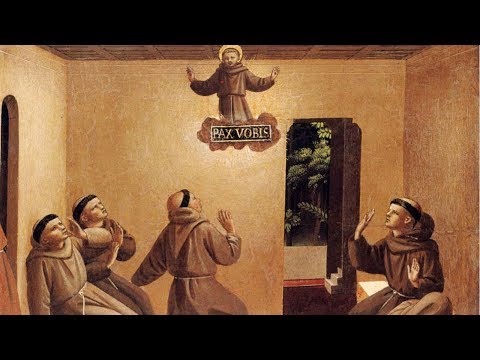 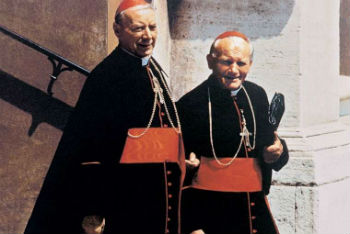 Vatican City, (CNA) - The Vatican announced Thursday approval of a miracle attributed to Venerable Cardinal Stefan Wyszynski, the former primate of Poland known for his heroic resistance to Communism.

The miracle involved the healing of a 19 year-old woman from thyroid cancer in 1989. After the young woman received the incurable diagnosis, a group of Polish nuns began praying for her healing through the intercession of Cardinal Wyszynski, who had died himself of abdominal cancer in 1981.

In the 30 years since her complete healing through Wyszynksi's intercession, the woman has experienced no tumor remission, a spokesperson for the Polish Bishops' Conference told CNA.

With the Vatican approval of the miracle, Venerable Cardinal Wyszynksi can now be beatified.

"Great joy for the Church in Poland!" Archbishop Stanislaw Gadecki of Poznan reacted to the news Oct. 3. "We are glad that the beatification of the Primate of the Millennium will be soon."

Cardinal Wyszynksi is credited with helping to conserve Christianity in Poland during the Communist regime's persecution 1945-1989.

As Archbishop of Warsaw and Gniezno from 1948 to 1981, Wyszynksi was placed under house arrest by Communist authorities for three years for refusing to punish priests active in the Polish resistance against the Communist regime.

"The fear of an apostle is the first ally of his enemies," Wyszynksi wrote in his notes while under arrest. "The lack of courage is the beginning of defeat for a bishop," he wrote.

Wyszynksi was also instrumental in the approval of Karol Wojtyla (the future Pope John Paul II) as archbishop of Krakow in 1964. The two remained close in the years that followed.

When Pope Pius XII selected Wyszynski to be made a cardinal in 1953, the regime prevented the Polish prelate from traveling to Rome.

Born in the village of Zuzela in eastern Mazovia (at the time, part of the Russian Empire) in 1901, Wyszynski went on to be ordained a priest at age 24, celebrating his first Mass at the Jasna Gora Shrine in Czestochowa. He served as a military chaplain during the Warsaw uprising against the Germans in 1944, and was made bishop of Lublin in 1946.

Wyszynski died 15 days after Pope John Paul II was shot in an assassination attempt in 1981. Unable to attend the funeral, John Paul II wrote in a letter to the people of Poland, "Meditate particularly on the figure of the unforgettable primate, Cardinal Stefan Wyszynski of venerated memory, his person, his teaching, his role in such a difficult period of our history."

Pope Francis authorized the Congregation for the Causes of Saints to promulgate the decree concerning Wyszynski and seven others on the path to sainthood in a meeting Oct. 2 with Cardinal Angelo Becciu, prefect of the congregation.