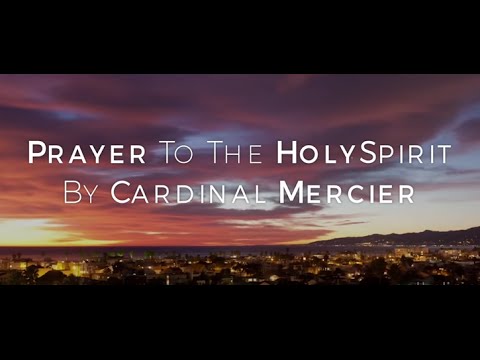 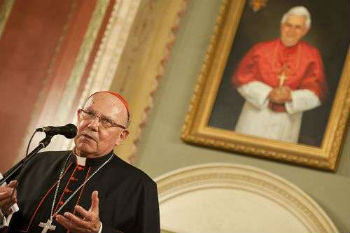 Levada was appointed to the position by Pope Benedict XVI, who, as Cardinal Ratzinger, had led the congregation until his election as pope. He served in the role from May 13, 2005, until July, 2012.

As prefect of the CDF, Leveda served as president of the Pontifical Biblical Commission and International Theological Commission. He was also charged with overseeing the Vatican's handeling of cases of child sexual abuse, and with implementing the 2010 legal reforms to Sacromentorum sanctitatis tutela, which govern the Church's handling of the most serious canonical offences.

Following the promulgation of Anglicanorum coetibus by Benedict XVI in 2009, under Levada's leadership, the CDF was charged with creating the Personal Ordinariates of Walsingham, the Chair of St. Peter, and Our Lady of the Southern Cross, to incorporate groups of former Anglicans, including clergy, into full communion with the Catholic Church.

Born June 15, 1936, in Long Beach California, William Joseph Levada was the younger of two children of Joseph and Lorraine Levada. His sister, Dolores, died in 2007.

Before his appointment to Rome, Levada served as Archbishop of San Francisco for 10 years, from 1995. While in that archdiocese, Levada was known as a vocal defender of the Church's teaching on marriage as the city of San Francisco expanded domestic partnership benefits to same-sex and unmarried cohabitating couples.

In order to avoid the archdiocese being forced to recognize illicit relationships, Levada instituted a policy that allowed any unmarried employee in the archdiocese to select any person they lived with as their "domestic partner," regardless of the nature of their relationship.

In April 2005, Levada led a march of about 1,000 people to protest same-sex marriage, which he said "represents a misguided understanding of marriage." In 2006, the by then prefect of the CDF was denounced by the city's Board of Supervisors for insisting that Catholic adoption agencies not place children with same-sex couples.

Ordained as a priest for the Archdiocese of Los Angeles in 1961, Levada studied at the North American College in Rome from the mid-60s until 1971, receiving a doctorate in sacred theology.

From 1976 until 1982, Fr. Leveda returned to Rome and served as an official of the congregation which he would one day lead. In 1982, he was called back to the United States by Cardinal Timothy Manning of Los Angeles, and was named as the executive director for the California Conference of Bishops.

In 1983, Levada was consecrated as an auxiliary bishop of the Archdiocese of Los Angeles. He became the Archbishop of Portland (Oregon) three years later, in 1986. The then-Cardinal Ratzinger appointed him as one of six bishops to an editorial board tasked with editing an updated edition of the Catechism of the Catholic Church. In 1993, when the catechism was published, Levada argued that the language was too "gender inclusive" and requested that the English translation be updated. This revised translation was published in 1994.

Following his appointment as prefect of the CDF, Levada was created a cardinal by Pope Benedict in 2006.