After being included several months ago on a Virginia list of priests credibly accused of sexual abuse, the first Catholic bishop of Memphis was removed from a mural in the city over the weekend. 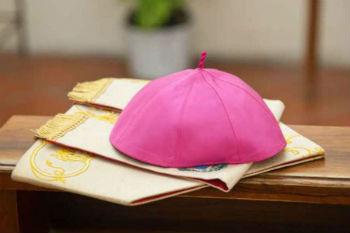 Catholic bishop of Memphis was removed from a mural

Memphis, Tenn., (CNA) - After being included several months ago on a Virginia list of priests credibly accused of sexual abuse, the first Catholic bishop of Memphis was removed from a mural in the city over the weekend.

On Saturday, a painting of former Bishop Carroll Dozier was removed from the "Upstanders Mural," across from the National Civil Rights Museum. It was replaced by an image of Jose Guerrero, co-founder of the social service organization Latino Memphis.

Last February, the Diocese of Richmond, Virginia, where Dozier was ordained, released a list of clergymen with "a credible and substantiated claim of sexual abuse against a minor." Dozier is on the list.

The original 2016 mural and the new addition were created by Facing History and Ourselves, a non-profit organization which provides educational material to counteract racial prejudice. The purpose of the mural is to commemorate the efforts of Memphis's social activists, including Lucy Tibbs, T.O. Jones, and Sheldon Korones.

"When we conceived of creating a mural on the outside of our building, our aim was to celebrate Memphis' leading historical figures who have made invaluable contributions to bringing our communities together and moving forward across racial, ethnic, cultural, and religious boundaries. It was in that spirit that we included Bishop Dozier," reads a statement from Facing History and Ourselves.

"Given the allegations against Bishop Dozier, we have decided that in the best interests of our students, schools, and communities, to replace Bishop Dozier with another Memphis historical figure," the statement reads, according to WREG.

After serving as the first bishop of Memphis from 1971 to 1972, when he resigned due to poor health, Dozier passed away in 1985. According to KAIT 8, the bishop was known for supporting the poor and opposing racism, which had earned his place on the mural.

Along with the release of the list of those accused, Bishop Barry Knestout of Richmond issued a statement denouncing sex abuse. He apologized on behalf of the Church and called for an "an independent and comprehensive review" of the files of those facing allegations, the Diocesan Safe Environment Office, and the Diocesan Review Board.

"To those who experienced abuse from clergy, I am truly, deeply sorry. I regret that you have to bear the burden of the damage you suffered at the hands of those you trusted," he said.