The path to holiness is made up of small, daily acts of obedience and love, Pope Francis told the contemplative nuns of Madagascar in impromptu remarks Saturday. 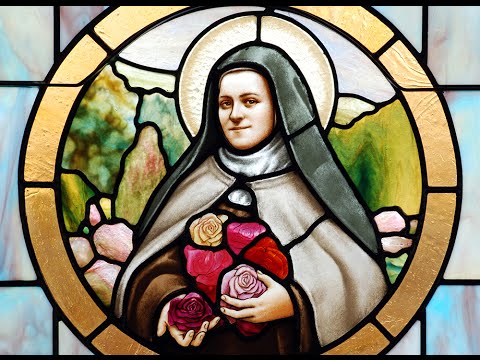 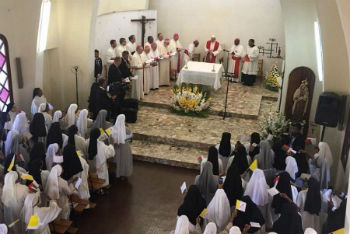 Antananarivo, Madagascar, (CNA) - The path to holiness is made up of small, daily acts of obedience and love, Pope Francis told the contemplative nuns of Madagascar in impromptu remarks Saturday.

"I know that all of you cloistered nuns have come to be close to the Lord, to seek the way of perfection. But the way to perfection is found in these small steps on the way of obedience, small steps of charity and love. With steps that seem nothing."

Pope Francis spoke off-the-cuff for a short homily following Terce, or midmorning prayer, at the Carmel of St. Joseph in Antananarivo Sept. 7.

He told the nuns they would be given the prepared text in written form to read.

The encounter took place during the pope's six-day visit to three sub-Saharan African countries. He was in Mozambique Sept. 5-6 and Sept. 9 he will be in Mauritius.

The pope spoke about the importance of "little steps," illustrating the point with a story about St. Therese of the Child Jesus. "This is not a fable, it is a true story," he said.

St. Therese was once walking to the refectory with a fellow community member, an elderly religious, Sr. Pierre, he recalled. The elderly woman could not walk well and the young St. Therese was trying to help her, but Sr. Pierre was getting annoyed, saying "do not touch me" and things of that sort.

"It seems that old age had made her a little neurotic," Francis explained. "But the always smiling young woman was with her."

When they arrived at the refectory, St. Therese tried to help the elderly sister to sit down but she said, "no, you're hurting me."

Laughing, the pope said most would think after that treatment a young person would want to tell the old lady to "take a hike." "But the smiling young woman took the bread, prepared it and gave it."

"It is a true story that reflects a small piece of community life," he said. Obedience and "charity, in small and big things."

He also warned the nuns against the temptation to worldliness, which can "come in so many hidden ways."

If they feel tempted or feel without peace, he said they should pray and they should speak to their community about it.

"Close the door [to the devil] and think about little gestures of love. They are saving the world," he encouraged.

"She is a faithful friend," he said. "And for that reason I did not want to talk to you about theories but about a saint. Of what a saint is capable of, of the path of holiness. Go forward and be brave!"

In his pre-written remarks, the pope reflected on the "inestimable gift" contemplative nuns are in God's eyes.

"Dear contemplative Sisters, what would the Church and those who live on the human peripheries of Madagascar be like without you?" he asked.

"What would happen to all those who work in the forefront of evangelization, especially here, in very precarious, difficult and often dangerous conditions? They rely on your prayers and on the ever-renewed gift of your lives, an inestimable gift in the sight of God, one that makes you share in the mystery of the redemption of this land and of the beloved persons who dwell in it."

He said that "thanks to you, the Church in Madagascar is all the more beautiful in the Lord's eyes and in the eyes of the whole world as well."