Sharing the Gospel with people at the peripheries might not even require stepping outside the door, Pope Francis said Saturday, encouraging Christians to evangelize through encounters in the "digital world." 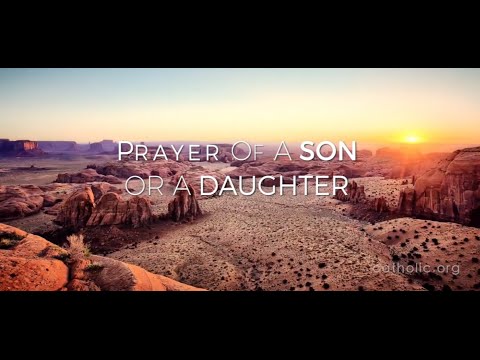 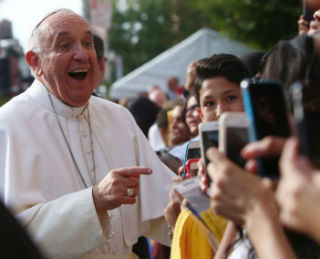 Pope Francis tells the youth to evangelize through the digital world.

Vatican City (CNA/EWTN News) - Especially for young people, "the ends of the earth...are quite relative and always easily 'navigable,'" he said May 19. "The digital world - the social networks that are so pervasive and readily available - dissolves borders, eliminates distances, and reduces differences."

But if we lack a "sincere gift of our lives," he continued, "we could well have countless contacts but never share in a true communion of life. To share in the mission to the ends of the earth demands a gift of oneself in the vocation that God, who has placed us on this earth, chooses to give us."

The pope's words were published in a message on the theme, "Together with young people, let us bring the Gospel to all," published ahead of the 92nd World Missionary Day, which will take place Oct. 21.

Francis explained that the Synod of Bishops on young people, the faith, and vocational discernment will also take place in October, which is the "month of the missions," and that the Synod "will prove to be one more occasion to help us become missionary disciples, ever more passionately devoted to Jesus and his mission, to the ends of the earth."

While the pope's message was for "all Christians who live out in the Church the adventure of their life as children of God," he reflected specifically on the missionary role of young people.
Addressing youth, he said, "what leads me to speak to everyone through this conversation with you is the certainty that the Christian faith remains ever young when it is open to the mission that Christ entrusts to us."

Quoting the words of St. John Paul II in "Redemptoris Missio," Francis said: "Mission revitalizes faith," and emphasized that young men and women who want to follow Christ need "to seek, to discover, and to persevere" in their God-given vocations, which will lead to joy.

"Dear young people, do not be afraid of Christ and his Church! For there we find the treasure that fills life with joy," he said, and joy and enthusiasm can be powerful means of transmission of the faith.

Likewise, spreading the faith, which is "the heart of the Church's mission, comes about by the infectiousness of love." Love, he underlined, "generates sharing in charity with all those far from the faith, indifferent to it and perhaps even hostile and opposed to it."

Pope Francis explained that he knows to joyfully share the faith can be a challenge, and that he is aware of both the "lights and shadows of youth." But he encouraged young Christians to be strong and to let evil, instead of being a discouragement, be "an incentive to ever greater love."

"Many men and women, and many young people, have generously sacrificed themselves, even at times to martyrdom, out of love for the Gospel and service to their brothers and sisters," he said.
Christ's love for us was demonstrated in his sacrifice upon the cross, the pope continued, noting that "to be set afire by the love of Christ is to be consumed by that fire, to grow in understanding by its light and to be warmed by its love."

"At the school of the saints, who open us to the vast horizons of God, I invite you never to stop wondering: 'What would Christ do if he were in my place?'"