Pope Francis says he will retire

Pope Francis spoke about when it will be time for him to retire during his homily on Tuesday. The statement may be the most direct announcement yet that he will someday retire. Pope Francis has previously hinted at his retirement. 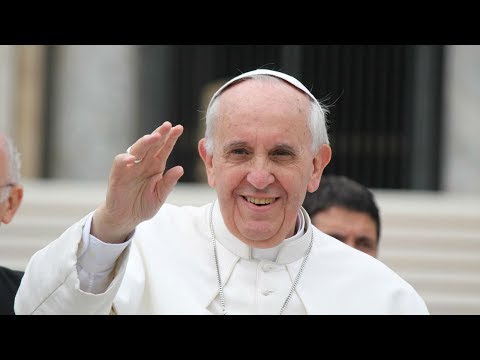 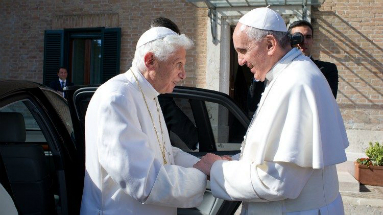 Pope Francis, like Pope Emeritus Benedict, will retire from the papacy.

LOS ANGELES, CA (California Network) - Pope Francis made a surprising statement during a homily on St. Paul on Tuesday. The Pope mentioned that St. Paul had to decide when to leave his flock of Christians to the care of others. Pope Francis then talked about the right time to "take leave" of his flock, alluding to his possible retirement.

Pope Francis explained that all bishops must make a decision as to when to take leave of their flock. He said of himself, "When I read this, I think about myself because I'm a bishop and I'll have to take my leave."

Pope Francis is 81, and he was elected at age 76. He has served in the Chair of St. Peter for five years. He has previously suggested that his papacy would not be a long one.

Pope Francis has previously spoke about the resignation of Pope Emeritus Benedict whose resignation "opened a door" to the possibility of other popes retiring.

While Tuesday's homily is the most recent and definitive statement yet of Pope Francis' intentions, it is not a retirement announcement. Pope Francis is still a bit young by papal standards and he appears to be energetic and in good health. However, before his health fails him and age takes its final toll, we should expect that Pope Francis, in all his humility, will retire.