Video shows BLOOD leaking from the tomb of Jesus Christ - it is a miracle?

A video taken at the Church of the Holy Sepulchre in Jerusalem purports to show blood leaking from the tomb of Jesus Christ. 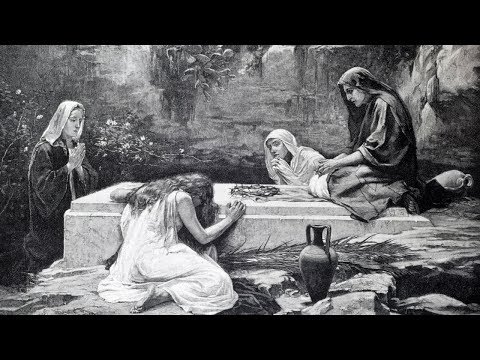 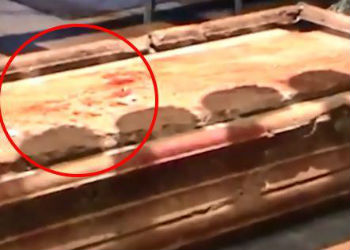 Is this blood on Christ's tomb, or something else?

LOS ANGELES, CA (California Network) - A video taken at the Church of the Holy Sepchulre in Jerusalem shows what looks like red blood pooling and leaking from the tomb of Christ. The blood is visible on the slab which covers the tomb.

The video is shaky and the clip is short. People are chattering excitedly about the event in the footage. While it has gone viral at the moment, at least one expert claims the footage is about four years old and has gone viral previously. The video is new to the editors at Catholic Online.

The video was uploaded by Nicola Kanaan from Galilee, and was reviewed by Nigel Watson, a noted and published UFO investigator.Watson told Daily Mail in the UK he has seen the video before. Watson said most such videos are hoaxes or mistakes. He pointed out that the stone naturally has red discoloring on it due to age.

Videos of miracles surface all the time and many are outright hoaxes. Graphics and other clever techniques make producing such videos easy. Viral videos can generate money for the person who uploads them whether they are real or fake.

Other videos appear to be illusions, easily explained by natural or manmade phenomena. They are not always fakes, and often the person sharing the content believes they have witnessed something extraordinary.

A small percentage of the videos we see do contain inexplicable phenomena. We like to share the best of these videos, and sometimes the ones we find interesting, even if we ourselves are skeptical. It is best to let the viewer decide.

There is an anecdote about King Louis XIV that may apply here. According to the story, which may or may not be true at all, King Louis was working in his office when he was interrupted by an excited priest. The priest told him that the communion host started to bleed during Mass and he should come quickly to see it. The king set down his pen, looked at the priest and replied, "What need have I for a miracle; I already believe," and he took up his pen and resumed working.