Catholic Online continues to withstand attacks by hackers and censors as the media outlet expands. A hacking attack which took place over the weekend inflicted superficial damage which was quickly repaired. Hackers remain unable to penetrate the site's security, but the unwanted attention shows that the evil is hard at work. Censors continue to remove your daily reading videos. 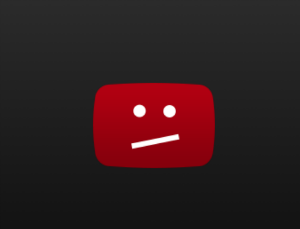 YouTube and others have attacked Catholic Online recently, reinforcing our conviction to deliver God's word to all. Here's how you can help.

LOS ANGELES, CA (California Network) -- Hackers attempted unsuccessfully to disrupt Catholic.org on Friday with a series of attacks that continued into the early hours of Saturday morning. The hackers were able to prevent some of the images on a few recent articles from displaying properly, and little else. The images were quickly replaced.

The attack, while achieving nothing significant, is the most successful attack against the Catholic website in two years. Previously, the website's Facebook page was hacked via Facebook in 2015, which resulted in the loss of the social page for several months.

Catholic Online places a premium on security, which protects the site and its data, but the organization is under constant attack. Hackers often attempt to bring down the news, prayers, and Bible portions of Catholic Online, presumably because they are opposed to the Catholic-Christian message.

Among those who work for the organization, the evidence is clear. The forces of evil are hard at work against all those who share the Catholic message. From Pope Francis and the Vatican, to our bishops, to Catholic Online itself, evil works tirelessly to destroy good.

Evil is enjoying some success online as Catholic Online faces increasing censorship of its news and Bible readings. YouTube has labeled several daily readings as "potentially offensive," and restricted sharing of that content. Some Bible readings have been removed.

While the First Amendment protects such readings from censorship, YouTube is not the government, and is permitted to censor content it hosts at will.

Still, what is happening is deeply upsetting and is a result of the growing trend to suppress Christian speech across the internet and on social media.

Christians who value Catholic Online and freedom of speech are encouraged to support religious freedom. You can learn more about what is happening and what you can do, by visiting this link.