This pastor was accused on un-Christlike behavior - but when the media investigated, here's what they found

Megachurch pastor Joel Osteen, whose Houston-area church is housed in a former sports stadium, has been criticized for staying closed during the greatest disaster in the area's history. The criticism came as a surprise to Osteen, who was busy tending to refugees in his church. 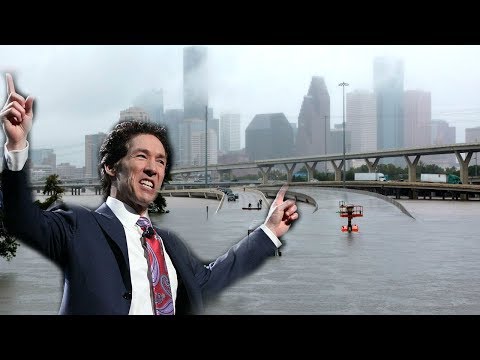 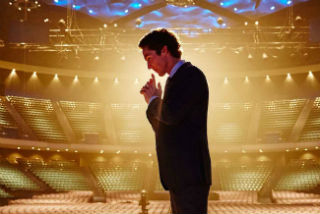 Joel Osteen was forced to wait while his church was rendered safe to shelter refugees. His team has been busy ever since.

LOS ANGELES, CA (California Network) -- Megachurch pastor Joel Osteen has been blasted in the media for keeping Lakewood Church closed during the flooding following Hurricane Harvey. Osteen was asked about this criticism while he was busy tending to refugees in his church.

Joel Osteen is a celebrity megachurch pastor and televangelist. His Houston-area Lakewood Church is one of the largest in the nation, and is housed in a former 16,000 seat sports stadium. Osteen's personal net worth, earned from book sales and is over $50 million.

His church is well-situated to serve as a shelter, however Houston officials ruled out using the church because it is in an area prone to flooding. Knowing this, Osteen had floodgates installed in case of just such an event. Those gates protected the church from most of the flooding, although some significant did occur.

As Hurricane Harvey lashed Texas, a George Soros-funded group, Indivisible USA, created a meme that suggested Osteen's church was remaining closed during the disaster. The meme went viral, and Osteen was blasted. But the meme was a lie. That lie was then shared by Occupy Democrats, another Soros-funded group legendary for publishing fake news.

What the liberal propagandists at Indivisible USA didn't know was that Osteen had already asked his staff to stand by, and as soon as it was safe they opened the church. About 300 refugees have since settled there and the church is being used as a distribution center.

The media caught up to Osteen on Wednesday morning to ask him about the criticism, but Osteen was busy helping refugees. When he had time for the camera, he explained why the church took time to open and remained closed as of Monday morning:

"If people were here, they'd realize that there were safety issues. The building had flooded before, and so we were just being precautious. But the main thing is that the city didn't ask us to become a shelter then... I mean think of the story if we would have housed a whole bunch of evacuees and the building flooded. That wouldn't have been a good story."

In 2001, the last time the area suffered major floods, the auditorium had between six to eight feet of water inside, which would have been deadly. This is the reason why Houston officials did not ask Lakewood to participate in housing refugees.

Still, Osteen persisted, and as soon as it was safe, the church opened its doors.

"Our church has always been open... I think this notion that somehow we would turn people away or that we weren't here for the city is about as false as can be."

He addressed the social media controversy:  "Social media doesn't run our life. We run our ministry, we do what we were called to do. Everybody that's making a difference is going to have critics. We try to use the best wisdom we can and the main thing is we've been here for 60 years to help this city, and be a blessing to others. That's what we're going to continue to do long after the media and everything's died down. We'll be here five years from now helping these people, so we feel good about who we are and what we're doing."

At this time, President Trump has visited the region and surveyed damage. However, former president Obama has not visited the region. Nor has Hillary Clinton. George Soros has not donated any money for relief. There are no atheist relief organizations on the ground in Houston. ANTIFA and other radical leftists have not appeared to hand out bottled water. But Christian churches across America have opened doors, wallets, and hearts to aid victims of this disaster. Osteen is just one of many.

Thank God for Osteen and the Christian Church. Thank God for all the generous people of every sort who have come through to help those in need. It's food, water, shelter, and clothing, not memes that people need.