Pope Francis is set for something big, but what is it?

Pope Francis may do something big, following four high-profile departures from the Vatican in the past months. The departed aides have been replaced by staff who may be more agreeable to his leadership style, which could enable him to do more. 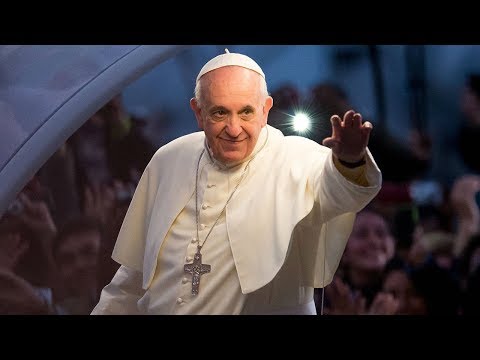 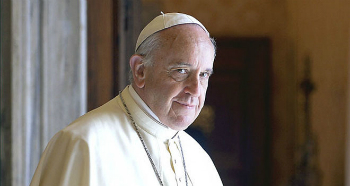 Is Pope Francis about to do something big?

LOS ANGELES, CA (California Network) -- Pope Francis could soon do something big, now that his inner circle has changed. In the past month, one of his aides has passed away and three others have left the Vatican for various reasons. They have all been replaced by staff who may be more agreeable to the Pope's leadership style, which could enable him to do bigger things. While this remains speculation, we are wise to ask what steps we can take to prepare ourselves for possible changes.

If the pontificate of Pope Francis could be summed up in a word, that word might be reform. His decisions, from living a simple lifestyle, to advocating for the environment, for economic and social justice, and communion for divorced persons under certain circumstances, have proven noteworthy. Catholics both in the pews and in the Vatican, have discussed, and debated Pope Francis' comments on these topics.

Some have gone so far as to offer criticism of his comments, and to criticize his leadership style. Last year, four cardinals wrote a letter with questions for the Pope to answer, regarding his encyclical, Amoris Laetita. The Pope did not reply.

One of the cardinals who signed his name to the letter, Cardinal Joachim Meisner, passed away from natural causes at the end of June. He was 83. Cardinal Gerhard Mueller, Prefect for the Congregation of the Faith, was released from his position when Pope Francis declined to renew his contract at the end of June. Cardinal Mueller was informed in a brief, curt meeting which troubled him so much he complained about it to the German press. Mueller was friends with Cardinal Meisner, and telephoned Meisner to share the news just hours before the elder cardinal passed away. Mueller said Meisner was "disappointed," to hear he had been relieved as Prefect.

Following this, Cardinal Pell, Pope Francis' chief of finance reform was charged with sexual abuse back in his native Australia. Cardinal Pell has returned to Australia to defend himself against those charges. Pell has also been characterized as opposing Pope Francis' suggestion that remarried Catholics may receive communion under some circumstances.

Finally, Archbishop Angelo Scola, retired as the Archbishop of Milan. Scola was a contender for the papacy, and a confidant of Pope Emeritus Benedict.

These four individuals occupied key posts in the Church, and were noted influencers. However, they are now all gone from the Vatican. They have been replaced in their turn, leaving Pope Francis with an inner circle that may work with him more smoothly. In short, Pope Francis has been empowered by these changes.

So, what will the Pope do next? Nobody is certain. Some suggestions have been extreme, such as communion with various Protestant sects, the ordination of women, and the acceptance of same-sex relations. Such ideas are essentially ridiculous, and are beyond the scope and power of the Pope to alter anyway. However, there are more likely scenarios, such as healing of the division between the Pope Pius X Society and the Church. The return to the fold of this small sect of ultra-conservative Catholics would come as a welcome change.

He could also propose a new emphasis on issues that are dear to him, such as economic and social justice.

For now, it is all speculation since Pope Francis has offered no hints. It is also possible he has no changes planned, but this is unlikely because he has a reputation for working hard, and always being on a project.

All popes bring change with them. No pope can change the core teachings of the Church, but they can change some of our attitudes towards old ideas, and they can emphasize different aspects of the faith. Our role is to be receptive to those changes which are consistent with the faith and doctrine of the Church. For example, we have all been called to prayer and action by Pope Francis. This means we should not only pray for changes in our world, but we must also work for them too.

Whatever change comes or not, let us prepare ourselves to accept and perform the Lord's work.