Bishop claims Marian apparitions in Medjugorje are FALSE - but what is the truth?

Free World Class Education
FREE Catholic Classes
'This is not the Virgin of the Gospels.'

The bishop of the local Church where Medjugorje is located reiterated on Sunday his long-held belief that the alleged Marian apparitions at the site are false. 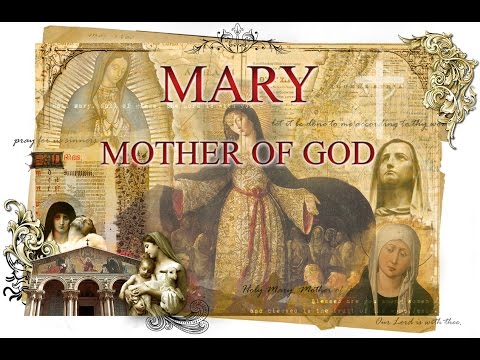 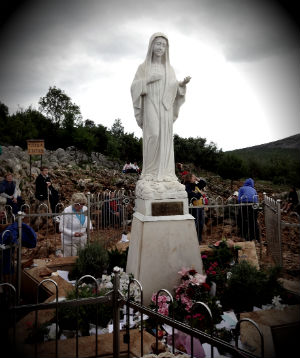 The Virgin Mary did NOT appear in Medjugorje, one bishop states.

Mostar, Bosnia and Herzegovina (CNA/EWTN News) - "The position of this Curia throughout this period has been clear and resolute: these are not true apparitions of the Blessed Virgin Mary," Bishop Ratko Peric of Mostar-Duvno wrote in a Feb. 26 statement on his diocesan website.

He referred to investigations into the authenticity of the supposed apparitions that began with the diocese in 1982, and which have continued to the present time at the Congregation for the Doctrine of the Faith.

Take the Lent quiz now!
The alleged apparitions originally began June 24, 1981, when six children in Medjugorje, a town in what is now Bosnia and Herzegovina, began to experience phenomena which they have claimed to be apparitions of the Blessed Virgin Mary.

According to these six "seers," the apparitions contained a message of peace for the world, a call to conversion, prayer and fasting, as well as certain secrets surrounding events to be fulfilled in the future.

These apparitions are said to have continued almost daily since their first occurrence, with three of the original six children - who are now young adults - continuing to receive apparitions every afternoon because not all of the "secrets" intended for them have been revealed.

Since their beginning, the alleged apparitions have been a source of both controversy and conversion, with many flocking to the city for pilgrimage and prayer, and some claiming to have experienced miracles at the site, while many others claim the visions are non-credible.

The bishop holds the supposed apparitions to be nothing but a manipulation of the visionaries and the priests who work with them.

Bishop Peric, who was ordained a priest of the diocese which he now heads in 1969, emphasized his devotion to Mary, and his incredulity regarding the alleged apparitions in Medjugorje.

"During the course of my episcopal ministry, first as coadjutor (1992/93) and later as ordinary, with preaching and the publication of books, as well as with more than fifty Marian and Mariological articles, I have tried to present the role of the Blessed Virgin Mary in the incarnation and the work of the Son of God and Her Son, and her intercession for the whole Church, of which she is mother according to grace. At the same time I have highlighted, as was done by my predecessor of happy memory, Bishop Pavao Zanic, the non-authenticity of the apparitions, which by this time have reached the number of  47,000."

The statement delves extensively in what Bishop Radic considers the ambiguousness of the apparition.

"The female figure who supposedly appeared in Medjugorje behaves in a manner completely different from the real Virgin Mother of God in the apparitions currently recognized as authentic by the Church: usually she does not speak first, she laughs in a strange way, before some questions she disappears and appears again, she obeys the 'visionaries' and the local pastor who make her come down from the hill into the church even against her will. She doesn't know with certainty how many more times she will appear, she allows some of those present to step on her veil extended on the ground, and to touch her dress and her body. This is not the Virgin of the Gospels."

The bishop also takes issue with the visionaries' request for a "visible sign" from the Virgin and the promise from one the visionaries that there will be a sign at the top of the hill in the form of water.

"After almost four decades there is no sign whatsoever, nor water, just fantasies," the bishop wrote.

The statement also makes detailed reference to the inconsistencies among the various visionaries regarding the purpose of the apparitions, as well as their duration.

"All the 'visionaries' but one agreed that the Virgin would appear for three more days ... but she appeared to have changed her mind and still 'appears' for 37 years," Bishop Radic said.

"Considering everything that has been examined and studied by this diocesan Curia, including the investigation of the first seven days of the alleged apparitions, we can affirm in peace: the Madonna has not appeared in Medjugorje! This is the truth that we sustain, and we believe in the word of Jesus, according to which the truth will set us free."

In April 1991, the bishops of the former Yugoslavia determined that "on the basis of the research that has been done, it is not possible to state that there were apparitions or supernatural revelations."

On the basis of those findings the Congregation for the Doctrine of the Faith directed in October 2013 that clerics and the faithful "are not permitted to participate in meetings, conferences or public celebrations during which the credibility of such 'apparitions' would be taken for granted."

In January 2014, a Vatican commission completed an investigation into the supposed apparitions' doctrinal and disciplinary aspects, and was to have submitted its findings to the Congregation for the Doctrine of the Faith.


Pope Francis visited Bosnia and Herzegovina in June 2015, but declined to stop at Medjugorje during his trip.

Earlier this month, Francis appointed Archbishop Henryk Hoser of Warszawa-Praga as a delegate of the Holy See to look into the pastoral situation at Medjugorje. The Polish archbishop is to "suggest possible pastoral initiatives for the future" after acquiring a deeper knowledge of the local pastoral situation.