Pope Francis has renewed his call to creation care, saying that care for the environment is also an act of mercy. Such care is on par with care for the hungry and the homeless. 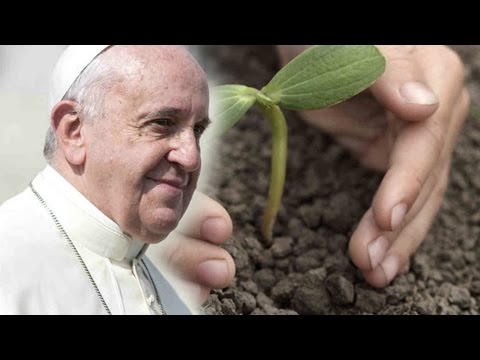 LOS ANGELES, CA (California Network) - In a message to the faithful to mark the World Day of Prayer for the Care of Creation, Pope Francis made clear that it is the poor who feel the impact of climate change most of all.

Pope Francis added that care for creation is on par with care for the hungry and the homeless. This is a surprising comment since some Catholics have placed care for the environment below care for the poor.

Their apologists state that industrialization and other activities which can consume the environment on a vast scale also provide jobs and better living conditions. But such arguments often ignore that the vast majority of the profits generated by such endeavors go only to a few while the poor remain poor.

Pope Francis emphasized that destruction of the environment is a sin.

We need "mercy for our common home," he wrote.

Pope Francis has asked that prayer and action to protect the environment should be added to the seven corporal works of mercy and seven spiritual works of mercy. These works are drawn from the Gospels and Church tradition, so it is a dramatic thing to ask to add another.

Pope Francis justified his request by saying, "But if we look at the works of mercy as a whole, we see that the object of mercy is human life itself and everything it embraces."

Pope Francis spoke about the climate record and the fact that 2015 and 2016 have been especially hot. Climate change is also contributing to the heart-rending refugee crisis. The world's poor, though least responsible for climate change, are most vulnerable and already suffering its impact," he wrote.

"We must not be indifferent or resigned to the loss of biodiversity and the destruction of ecosystems, often caused by our irresponsible and selfish behavior. Because of us, thousands of species will no longer give glory to God by their very existence . We have no such right."

This is true. We have no such right to destroy the many magnificent species God has created. In Genesis, it is written: "The LORD GOD then took the man and settled him in the garden of Eden, to cultivate and care for it."

When God created the Earth, he created something He Himself described as "good." Although we do have dominion over all creatures, and over all the land and all the sea, we do not have the right to destroy that creation for our short-term gain, thus cheating those who come after.

There is a strong scientific consensus that the planet is being warmed by human activity. Levels of CO2 in the atmosphere are rising faster than at any time in prehistory, causing the climate to rapidly warm. This warming is so rapid, species cannot adapt to the environmental changes and thus go extinct. Human development and exploitation are also taking a toll. Scientists estimate that the planet is losing about two to three dozen distinct species each day. They have confirmed that the planet is undergoing a mass extinction event, the sixth such event since life began on Earth.

Those who live in wealthy nations and those of means are usually insulated from the impacts of climate change, but those who live close to nature are immediately and deeply affected by changes in climate.