Free World Class Education
FREE Catholic Classes
'Everyone experiences moments of fatigue and discouragement, especially when it seems like our prayer seems ineffective.'

For Pope Francis, prayer is neither a "magic wand" used to get what we want nor something casual we do only when we feel like it, but is rather the strength that sustains our faith in difficult moments. 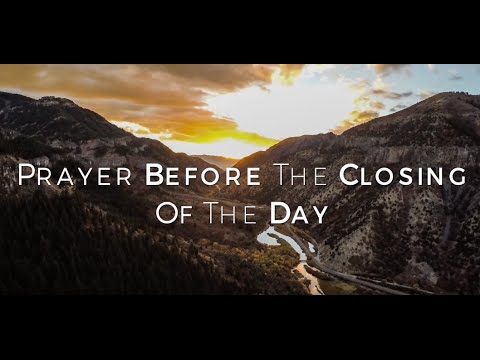 Vatican City, Rome (CNA/EWTN News) - "Jesus says that we need 'to pray always, without growing tired,'" the Pope said May 25. What that means is that "it's not just praying sometimes, when I feel like it. No."

"Everyone experiences moments of fatigue and discouragement, especially when it seems like our prayer seems ineffective," he said, but assured that "God answers his children promptly, even if it means he does it in times and ways other than what we would like."

Francis spoke to pilgrims gathered in a sunny St. Peter's Square for his Wednesday general audience. He continued his catechesis on mercy as understood in scripture, focusing on the parable of the unjust judge from the Gospel of Luke.

The parable recounts how a dishonest, indifferent judge is swayed by the constant requests of a widow, who insistently pleads for justice. In the end, the judge concedes due to the widow's frequent appeals.

In his speech, the Pope noted now the judge in the parable represents a "powerful persona" responsible for passing judgement according to the Law of Moses.

Because of this, "biblical tradition recommended that judges were God-fearing people, trustworthy, impartial and incorruptible," Francis said, adding in an off-the-cuff comment that "it would do good to listen to this even today!"

However, he noted how instead, the judge in the parable neither feared God nor respected other people. "He was an unjust judge, without scruples, who didn't take the law into account but did whatever he wanted, according to his own interests," the Pope observed.

The widow, on the other hand, was considered to be among the weakest class in society, along with orphans and foreigners.

"A poor widow by herself could have been ignored and left without justice, like the orphan, the foreigner, the migrant," yet when confronted with the indifference of the judge, "the widow resorts to her only weapon: continuing insistently to bother him by presenter her request for justice," he said.

Pope Francis noted that it was precisely because of the widow's perseverance that she achieved her goal in the end. Even the judge admits that he grants her justice "so that she doesn't constantly come to pester me," rather than out of genuine mercy.

The Pope stressed that if the widow was able to bend the unjust judge with her "insistent demands," then "how much more will God, who is a good and just father, 'make justice for his elect who cry out to him day and night.'"

It is because of this that Jesus urges us to pray "without growing tired," he said, explaining that "prayer is not a magic wand" we wave to get what we want when we want.

Rather, prayer "helps us to keep faith in God and to entrust ourselves to him even when we don't understand his will," Francis said, and pointed to Jesus as a prime example.

He referred to the passage in St. Paul's letter to the Hebrews in which the apostle noted how during Jesus' earthly life, "he offered prayer and supplication, with loud cries and tears, to God who could save him from death and, because of his full abandonment to (the Father), was heard."

St. Paul didn't make a mistake on this point, the Pope said, noting that God really did save Jesus from death by giving him full victory over it, "but the path taken to get to it was through death itself!"

The same goes for Jesus' prayer in Gethsemane, when Jesus, "assaulted by looming anguish," prays to his Father to deliver him from the "chalice" of his Passion. However, even though Jesus asks for delivery, his prayer "is pervaded by confidence in the Father and he entrusts himself to his (Father's) will without reserve."

"The object of prayer passes into second place; what is most important above all is his relationship with the Father," Francis said, and explained that what prayer does is transform one's desire and "models it according to the will of God, whatever it is, so that whoever prays aspires first of all to union with Him."

Pope Francis concluded his address by pointing to Jesus' question at the end of the parable: "But the Son of Man, when he comes, will he find faith on earth?"

With this question "we are all put on guard," he said, and stressed that we must never cease praying, even if it doesn't always "pay out" the way we want.

"It's prayer that preserves faith; without it faith falters!" he said, and prayed for the Lord to grant all "a faith which becomes an unceasing prayer, perseverant, like that of the widow in the parable, a faith nourished by the desire for his coming."

After concluding his address the Pope offered a special appeal to protect children in honor of International Missing Children's Day, which was established by U.S. President Ronald Regan in 1983, four years after 6-year-old Etan Patz disappeared in New York City. Since then it has been celebrated internationally every year on May 25.

"It is a duty of everyone to protect children, especially those exposed to elevated risk of exploitation, trafficking and deviant conduct," Francis said, and voiced his hope that both civil and religious authorities "might stir consciences and raise awareness, in order to avoid indifference."

He also offered prayers for the more than 160 people killed Monday in coordinated attacks on the cities of Jableh and Tartus in Syria.

"I exhort everyone to pray to the merciful Father, to pray to the Madonna, that God might give eternal rest to the victims, and consolation to their families.and might convert the hearts of those who sow death and destruction," the Pope said, and led pilgrims in praying a Hail Mary.