Pope Francis has invoked World War III, saying that it has begun in a piecemeal fashion. The Third Secret of Fatima could provide Christians a framework for considering this terrifying new development. 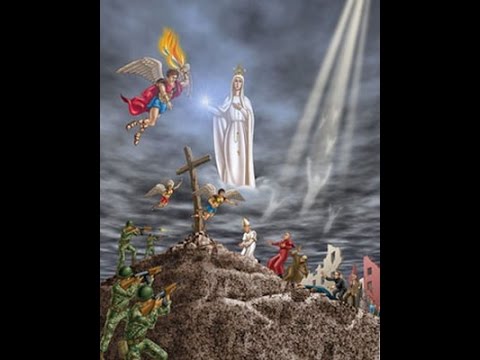 LOS ANGELES, CA (California Network) - In condemning the Nov. 13, Paris attacks, Pope Francis referred to them as a "piecemeal World War III." In essence, the Holy Father is explaining that World War III has begun, at least in a piecemeal fashion. The level of violence around the world is rising rapidly, fueled chiefly by militant Islamists.

The Third Secret of Fatima could provide some direction at a moment of crisis such as this. In the Third Secret, Sister Lucia wrote:

.the Holy Father passed through a big city half in ruins and half trembling with halting step, afflicted with pain and sorrow, he prayed for the souls of the corpses he met on his way; having reached the top of the mountain, on his knees at the foot of the big Cross he was killed by a group of soldiers who fired bullets and arrows at him, and in the same way there died one after another the other Bishops, Priests, men and women Religious, and various lay people of different ranks and positions.

This obviously sounds like the Pope. Could it be Pope Francis?

The Third Secret could pertain to any pope and any city, especially today. It could have been intended for Pope John Paul II, or it could be for a future pontiff, after Pope Francis. It could hardly be a prophecy at all for that matter. However, it does make clear that the way of the faith includes strife, and that brings blood and death, from which life begins again.

Beneath the two arms of the Cross there were two Angels each with a crystal aspersorium in his hand, in which they gathered up the blood of the Martyrs and with it sprinkled the souls that were making their way to God.

More importantly, the Third Secret has the answer to our present problems, and indeed, our problems in every age. the Angel cried out in a loud voice: "Penance, Penance, Penance!"

A new Cold War has erupted between the United States and Russia. There's been a sharp increase in military activity, at least in the United States, giving people the impression we're preparing for something big. Our news reports are now dominated by wars and rumors of wars, mostly centered on the Middle East, but conflicts are also reported in Africa and across Asia. Even China and the United States had some unusually tense moments recently.

In 2014, the conservative estimate of the number of Christian martyrs for the year clocks in somewhere between 8,000 and 10,000 souls. That's almost two dozen people per day who die for their faith, or about 1 per hour.

There can be no question that the world is at war. It may be different from all previous wars, for each war is unique thanks to the abuse of new technology, but the casualties are there. And few populations are suffering like Christians. Is this a sign of the end?

It doesn't matter. Penance, Penance, Penance! This should be our chief occupation, so that whatever terrible judgment we have brought upon ourselves might be stayed. Our Lady has always had one message for the world, and that is the conversion of hearts. Only through the conversion of hearts can the world be saved. Our best action is to ensure that our own hearts are converted, and trusting in the Third Secret, it begins with penance.