Our Church is a pioneer in pandemic response

The Catholic Church has long grappled with epidemics, and responded effectively, even in the age before germ theory. Its historical practices inform decisions made today in response to the SARS-CoV-2 pandemic. 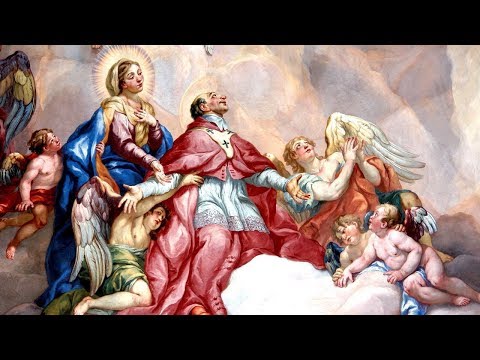 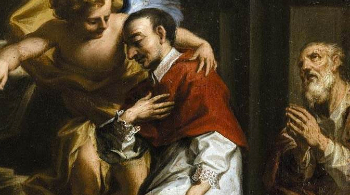 An angel comforts St. Charles Borromeo, who sustained the city of Milan out of his own pocket during and outbreak of plague.

LOS ANGELES, CA (California Network) - The Catholic Church has a long history of fighting disease. Since ancient times, diseases have periodically swept communities and even entire continents, forcing the Church to react to the threat each time.

Historically, the Church has responded wisely, even in the age before knowledge of germ theory.

A delightful article from the Catholic News Agency (republished here) details some of the historical response to plagues in Church history.

The article outlines other occasions where the Church suspended Mass and public gatherings, called for quarantines, and developed creative ways to deliver the Sacraments. The Church mastered social distance long before the coronavirus was known. For example, confessions could be requested by a signal and a priest would place a stool outside the house and hear the confession through a closed door. The Sacrament of Holy Communion could be administered using a long handled spoon and the Blood of Christ through a long straw. After each use, the utensil would be sanitized with vinegar or flame.

The Church also pioneered the use of hospitals and quarantines. Even though germs were unknown, many practices were the product of common sense. Sickness was clearly spread from person to person, so social distance was a logical precaution.

Merely providing people with food, water, and rest often sufficed to help people to survive when they might not otherwise.

Herbal remedies and other traditional methods based on trial and error sometimes alleviated suffering and promoted better health. It is unlikely any such remedies worked as well as modern medicine, but even a marginal benefit was better than none at all.

The Church organized responses to disease, while also advocating best practices. these responses were documented and it is certain the experiences of the Church inform the modern-day response to disease around the world.

While many bemoan the temporary deprivation of the Sacraments, the Church continues to respond in historic fashion. Masses have moved online, sacraments are administered on a drive-though basis, and in places where Mass continues, social distance is enforced.

The Church has survived and sustained through innumerable epidemics across history, and it will continue to flourish in spite of SARS-CoV-2. In the wake of this disease, the Church will return to its usual practice and all will be well until the next outbreak. And when that happens, the Church will respond as it always has, caring for parishioners and the greater public for so long as a danger remains.