Influenza B outbreak spreading fast and early, children most affected

Hospitals are setting up overflow areas to accommodate a dramatic rise in the number of flu patients. An early, powerful outbreak of Influenza B is to blame. 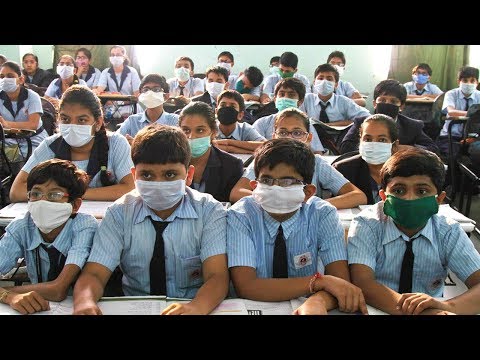 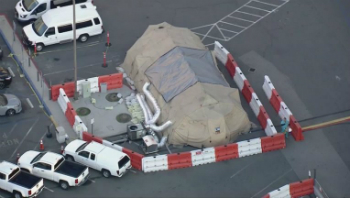 The Loma Linda Medical Center in Southern California has erected a special tent to facilitate the sharp increase in flu cases.

LOS ANGELES, CA (California Network) - A severe, early outbreak of Influenza B is sending thousands of people to hospitals across the United States. Hospitals are establishing makeshift facilities to accommodate the sudden influx of patients. Doctors say Influenza B is to blame.

There are three kinds of influenza that infect humans, Influenza A, B, and C. The C strain is typically mild. A hits in the winter, and B follows A in the spring. The two strains are virtually indistinguishable except in a laboratory. The symptoms they produce are identical.

However, this year, the Influenza B outbreak is hitting early and hard. The unexpected spike in cases has hospitals rushing to expand their capacity to treat patients.

Influenza hits harder than the common cold, and symptoms often include aches and fatigue. But the disease can hit children the hardest. At least one child, a four-year-old girl from Iowa has gone blind because of the flu, and an 11-year-old boy in New York died last Saturday. That boy, named Luca Calanni, died after being admitted to a children's hospital. More children are likely to pass away before the season ends.

Because the flu typically results in a few days off work or school, most people assume they have a bad cold and stay home. Eventually the symptoms subside and all is well. But influenza is a killer. The flu kills around 50,000 people each year, but the Centers for Disease Control isn't certain about the statistic. They fear the actual number of cases is under-reported. Not all public health organizations require reporting flu deaths to the CDC.

Historically, the flu can kill millions in a short time. The most famous pandemic outbreak of the flu took place in 1918-1919, and killed about 50 million people, more than were killed in the four years of fighting in World War I. That outbreak hit young adults the hardest.

The flu can be prevented, or at least mitigated to some degree through vaccination. All people should be vaccinated before the end of October each year. October is when the weather turns cold and people congregate indoors, facilitating the spread of germs. Cold weather does not make people sick, being in contact with sick people makes people sick.

Doctors advise that children older than six months should be vaccinated as soon as possible.