Days ahead of his trip to three Eastern African nations, Pope Francis sent a video message to the people of Mozambique, saying his heart embraces them. 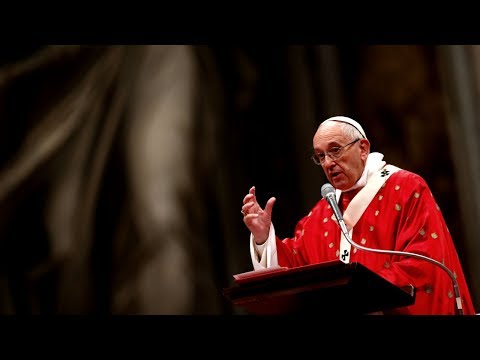 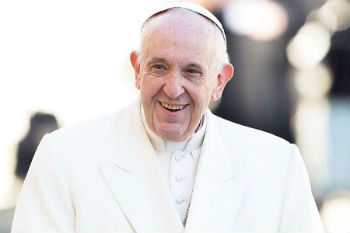 Vatican City, (CNA) - Days ahead of his trip to three Eastern African nations, Pope Francis sent a video message to the people of Mozambique, saying his heart embraces them.

Part of Francis' visit to the country's capital city of Maputo Sept. 5-6 will be a stop at the Zimpeto DREAM center, a medical clinic run by the Community of Sant'Egidio, a lay Catholic movement centered on peace and helping the poor.

The Zimpeto DREAM Center, which opened in 2002, is focused on HIV prevention and antiretroviral treatment. According to the Sant'Egidio Community, around 23% of the adult population in Maputo is estimated to have HIV.

The center sits on the outskirts of Maputo, in one of the city's poorest and most populated neighborhoods. Pope Francis will visit the center and greet patients the morning of Sept. 6 before saying Mass in the Zimpeto stadium.

The Zimpeto clinic has four wards. One is for treating HIV infection and for the prevention of mother-to-child transmission and another is for the early detection of cervical and breast cancer.

Another department treats tuberculosis, which is among the leading causes of death both in HIV-infected people and in Mozambique in general.

The fourth ward is for treating malnourishment, especially in children.

Sant'Egidio estimates the Zimpeto DREAM Center has served 3,800 patients and has helped 500 children of HIV-positive mothers be born free of the virus.

An estimated 200,000 patients have been treated in an additional 12 DREAM centers throughout Mozambique, with three biomolecular laboratories. The centers have also provided free training courses to around 5,000 health professionals.

Pope Francis said in his video message Aug. 30 that though he will not be traveling beyond Mozambique's capital during this visit, his "heart reaches and embraces all of you, with a special place for those who live in tribulation."

Mozambique suffered grave destruction and loss of life after being struck by Cyclones Idai and Kenneth in March and April of this year.

Around 600 people lost their lives in Mozambique in Cyclone Idai and an additional 45 in Cyclone Kenneth. The destruction to land and infrastructure was catastrophic and is estimated to have caused a combined almost $900 million in damages.

The pope said Aug. 30 he is praying for the people of Mozambique and cannot wait to meet with them.

He also invited everyone to join him in praying to God the Father for fraternal reconciliation in the country.

On Aug. 6, Mozambique's government signed a long-anticipated peace and reconciliation accord with the opposition party, Renamo. The peace deal comes after decades of conflict, which followed the 1992 end of a 17-year civil war. The signing concludes years of peace talks.

"Hope for a firm and lasting peace," Francis said.

"I will have the joy of sharing these convictions with you," he said, and of seeing the growth of the seed planted by Pope St. John Paul II during his 1988 visit to the country.

"This trip enables me to meet the Catholic community and to confirm it in its witness of the Gospel, which teaches the dignity of every man and woman and exacts from us to open our hearts to others, especially the poor and the needy," he stated.

"I invoke upon you and upon your country God's blessings and the protection of our Mother, the Virgin Mary. See you soon!" he concluded.