An Australian man whose friends call him 'Dr. Death,' has invented a 3D printable suicide machine. 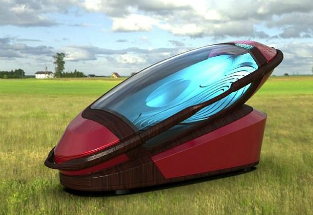 The suicide machine is impractical and ridiculous but is being used to spark conversation about euthanasia.

LOS ANGELES, CA (California Network) - Philip Nitschke, known to his friends as 'Dr. Death,' has invented a suicide machine. Nitschke lives in Australia and is a vocal advocate for voluntary suicide. He believes that a person ought to be able to end their life at any time and for any reason.

To help people end their lives painlessly, Nitschke has invented a death machine that is 3D printable, meaning any person can print and assemble the machine at home. They will need glass and a bottle of nitrogen gas, and a significant amount of assembly is required.

Once the contraption is assembled, the victim enters the chamber, which is much like a coffin, and closes the door. By sitting inside the casket-like chamber, the flow of nitrogen gas is activated. Within a minute or two, the victim will feel as if they are intoxicated. Should the victim change their mind, they can either push a stop button or punch out the window. If they do not do this within the first minute or so, they will lose consciousness and die within five minutes.

Naturally, the machine has not been tested or used, and is incredibly impractical. The project is clearly designed to get people talking about suicide and to help Nitschke advocate for euthanasia laws.

There are several problems with this advocacy.

Suicide is an inherently immoral act, in direct violation of natural law. In most faiths, it is a sin. Suicide is often a permanent solution to a temporary problem, usually problems which can be resolved through time, counseling, and if needed, medical intervention.

Suicide is often promoted as euthanasia, a misleading Greek term meaning, "good death." The practice is often introduced as a reasonable option for people who are sick and facing terminal illness. It is seen as a way to save pain and grief. Even under these appreciable circumstances, suicide is still a sinful violation of natural law. Worse, in all instances around the world, the practice quickly expands to include children and people who are healthy. Eventually, the practice reaches its end with euthanasia being offered to anyone elderly or infirm. Some advocates, like Nitschke are working to make suicide freely available.

Such practices harken back to the ancient world, and to the Nazi regime in Germany, which labeled millions of healthy people undesirable. The Nazis, as a matter of law, euthanized or executed children and people with mental disabilities, birth defects, and who were considered socially objectionable, such as homosexuals, gypsies, and even clergy. This was in addition to their attempted mass extermination of the Jewish population of Europe.

When such stunts are intended for publicity, they should be used to educate people about Euthanasia and suicide, and the fact that such practices are not an escape from suffering, but and