Stem cells: science prepares to take the first sip from the real fountain of youth

Doctors are close to discovering a real life fountain of youth that could theoretically enable patients to live forever. Advances in stem cell treatments and now, tissue nanotransfection (TNT), which is a new technique, can theoretically provide patients with the benefits of youth for life. 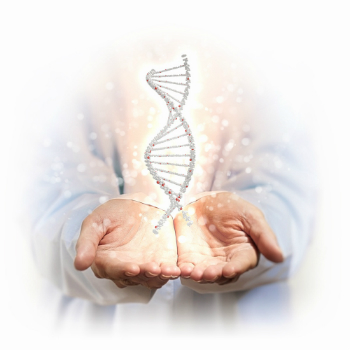 The fountain of youth is within the grasp of science, but so far, only for mice. Human trials come next year.

LOS ANGELES, CA (California Network) -- The quest for eternal life is ancient. It is mentioned in the first and oldest story we have, the Epic of Gilgamesh. In that ancient Sumerian tale, only Utnapishtim, a man who built and ark and survived a great flood in a story that is almost identical to the story of Noah's ark, knows the secret to eternal life, which ultimately proves elusive. In the centuries that followed, people have tried every remedy imaginable to prolong life. They searched for the fabled fountain of youth, and according to some legends, bathed in the blood of virgins and children.

Today, we know none of these endeavors would work because ageing is carried on in the genes. The only way to reverse ageing is to manipulate the genes. And this is precisely what doctors are looking to do in order to produce new cells, and even whole organs.

Stem cells are the first version of the fountain of youth. Harvested from cord blood, taken from donated afterbirth, pluripotent stem cells have the astonishing ability to become almost any other kind of cell in the body. Injected into a knee, they turn into cartilage, injected into a heart, they become heart cells, and so on.

Researchers now know the primary difference between a young person and an old person is the number of stem cells in their body. Young people have many times more stem cells. This is the basic, underlying reason why young people are so youthful. A young body can repair itself more rapidly and thoroughly than an older one because of the number of stem cells. But if stem cells could be injected into an older body, in quantities similar to those enjoyed by a young person, what would happen then?

Nobody knows for certain because the experiment hasn't been conducted, but the hypothesis is that the older person would become more youthful, healthier, and longer lived.

As stem cells enter the medical mainstream, and may become a standard part of medical treatment in the near future, there is another development that could make stem cells irrelevant. Nanotransfection, abbreviated as TNT, is a new method whereby skin cells can be turned into any other cell in the body using a special microchip and electricity.

The device, called a nanochip, is loaded with genetic material essential to turning cells into other kinds of cells. The electrical current enables the device to inject the genetic material into the skin where it ends up inside the cells. These cells can then travel though the body and take on the properties of healthy cells around damaged tissue, facilitating repair. On other words, a damaged liver or heart can be repaired with this tiny device. The advantage of this method is that stem cells are not required. Your skin cells simply become whether other kind of cells they are told to become by the injected genetic material.

A study affirming the effectiveness of this approach was published in the journal, Nature Nanotechnology. It has been tested on mice and was successful in restoring function to non-functioning limbs. It will be tested on humans within the next year.

Scientists have known they can reprogram cells into other kinds of cells for a long time now, but only recently have they developed the method to do so cheaply and efficiently. The actual procedure requires a chip that is as small as a penny, and takes only a second to work.

If the procedure works on humans, then doctors may have a cheap and efficient way to repair and even replace organs. The discovery is so dramatic is it difficult to believe. More testing is required, but it shows just how far we have come in our ability to edit genes and reprogram cells to grow specific forms of tissue within the body.

In a generation or less, it is reasonable that we will have unlocked the secret to reversing ageing. Of course, this discovery opens a whole host of ethical and philosophical questions, but that's for the ethicists and politicians to work out. For now, science is about to take the first sip from the fountain of youth, and we await the result.