Assisted Suicide: What do Catholics have to say about 'right to end life'?

With awareness of mental health conditions on the rise, how is the Church called to respond to those who do not simply wish to end their lives, but push for the right to do so legally? 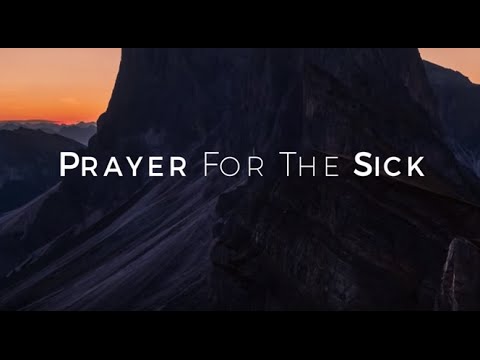 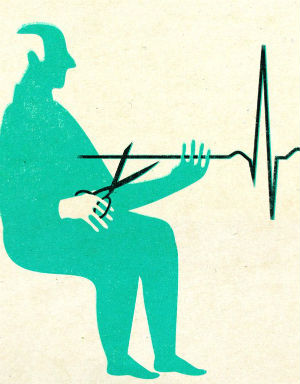 How should the Church respond to assisted suicide?

Denver, Colo. (CNA/EWTN News) - Adam Maier-Clayton was a young Canadian activist who suffered from a variety of mental health issues and began campaigning for just such a law after his symptoms worsened.

The 27-year-old, who spent the final years of his life promoting such activism, from childhood had suffered from anxiety, depression, and obsessive-compulsive disorder. He had been to therapy and tried medication.

However, his symptoms worsened drastically at age 23, when he experimented with marijuana. He spent about a week in and out of the hospital, his father told the BBC, and began suffering severe physical pain. Any cognitive activity, such as reading, writing, or even sustained conversation, would trigger the pain, which had no evident physical cause.

Adam's new symptoms were ultimately attributed to a somatic symptom disorder. The condition is little understood, but the Diagnostic and Statistical Manual of Mental Disorders, 5th edition (DSM-5) notes that it is often co-morbid with depressive disorders.

"Our first response to somebody who is suicidal really needs to be compassion," Dr. Jim Langley of St. Raphael's Counseling in Denver told CNA of suicidal tendencies. "For someone to want to take their own life, they must be suffering to a large degree. The drive for survival is very, very strong in us."

In June of last year, Canada passed Bill C-14, the country's right to die legislation. The law allows adult persons perceived to be at the end of their life whose deterioration has been deemed irreversible to request euthanization. The Church is opposed to all forms of euthanasia and physician-assisted suicide.

Adam began campaigning for a change to the law, so that its provisions would be extended to people with mental disorders. He expressed frustration with the crippling nature of the disease.

However, finding a new way of life accommodated for the illness is key to finding meaning amid the suffering, Langley emphasized. That meaning is important in recovery and developing the ability to bear the suffering and thus continue living.

"Somatoform disorder can take all sorts of different forms," he said, "but when it happens it definitely can incapacitate people in things that mean a lot to them... I'd be working with him to find more useful things that he could do with himself, whatever that is. It might even be raising awareness about somatoform disorder."

According to Langley, "People who in general have meaningful relationships can overcome all sorts of different pain. My guess is, even if he had parents who were supportive of him taking his own life, he must have felt like he had fallen out of his community."

Adam, however, became devoted to advocating the legalization of physician-assisted suicide for those with mental conditions perceived to be unbearable. His parents supported him in this effort.

"The legislation literally forces people to kill themselves in an undignified manner," he said on his YouTube channel.

However, the logic of a "death with dignity" by suicide is flawed, according to Dr. Greg Battaro of the CatholicPsych Institute.

Adam ultimately took his life using an illegally imported drug mixture April 13, 2017, after checking into a motel room that morning.

"My son deserved to die with dignity, with his family and his friends beside him, in his own, comfy bed," his mother, Maggie Maier, says in her closing remarks in a YouTube video, having just read the letter he had written her before taking his life.

In that eulogy, she noted that had she and Adam's father been present, they could have been criminally prosecuted. She characterized her son as having been forced to take his own life by himself by Canada's law.

Battaro also described the legalization of euthanasia as a "complete and utter failure of the medical system and of the government in providing the hope that people would need to actually get better."

The Center for Disease Control's guidelines on media coverage of suicide warn against "(p)resenting suicide as a tool for accomplishing certain ends" or "(g)lorifying suicide or persons who complete suicide," as such coverage is "likely to contribute to suicide contagion."

"Such actions may contribute to suicide contagion by suggesting to susceptible persons that society is honoring the suicidal behavior of the deceased person, rather than mourning the person's death," the guidelines state.

A video accompanying the BBC piece contains speakers who suggest that the exclusion of mental health cases from the Canadian law stems from a stigma around psychiatric issues.

However, legalizing suicide will not serve to fight existing stigmas around mental issues, as the advocacy of Adam and his parents suggested, but will only legitimize that aversion to mental issues further, said Battaro.

"It's taking that avoidance to the extreme," according to Battaro. "We're just going to make these people disappear."

Additionally, the "moral stigma," as Langley described, around suicide can often save lives.

"Sometimes, it's just the desire to not want to make an immoral decision that keeps people alive, if they're suffering from a mental illness," he said, although we must also keep in mind that their pain is often so great that moral decision-making is impaired.

How can suffering be redemptive?

In Adam's case, Battaro said, "(t)here was a total absence of understanding of anything good coming from suffering. Helping somebody process the meaning of their suffering would help move towards a different conclusion. There's really almost nothing as unbearable as suffering without meaning, or purposeless suffering."

Both Battaro and Langley emphasized the need to find purpose, meaning, and redemption amid the suffering of our lives.

First, as Christians, we believe that our suffering is redemptive as it is joined to Christ's suffering on the cross, Langley said.

"If you look at the cross, that is the perfect answer to the problem of suffering. Jesus is up there on the cross, and he's saying, 'Me too. I suffer too.'"

But what does this purpose, this meaning of suffering look like? How do we lift our view past the notion that pain is meaningless and to be avoided at all costs?

According to Battaro, "we're talking about the invitation to join to the suffering of Christ, and to be united to him in his suffering. We see that our human concept of fulfillment is really limited unless we open it up to the Resurrection, that understanding that death is not the end, and there's something past it, but it's only through the doorway of suffering that we enter into the Resurrection."

But communicating this redemptive image of our mental and physical anguish to those who do not share our beliefs requires conviction on the part of Christians, Battaro said.

"The first thing we need to do is work on ourselves, change our own understanding and pray for the grace of faith so that we can really believe in the hope of redemptive suffering ourselves, and not live lives which are catered to avoiding every ounce of suffering we can," said Battaro.

This redemption of suffering can be found in even the hardest of cases, according to Battaro.

"For most disorders, even the one that Adam suffered from, there's hope."

Mental illness and euthanasia - what's it like where it is legal?

The proposal to include mental illness in the criteria for euthanasia and assisted suicide is not new. Such provisions already exist both in Belgium and the Netherlands.

In the Netherlands, from 2010 to 2015, euthanasia in the case of psychiatric disorders grew from just two cases to 56.

From 2014 to 2015, 124 cases of euthanasia in Belgium involved patients with a "mental and behavioral disorder." Five persons diagnosed with autism were killed.

According to a piece from February 2016 in the New York Times, most of those euthanized in Belgium for psychiatric reasons suffered from depression or, even more prevalent, loneliness. The depression cases were often co-morbid with issues such as substance abuse, dementia, or physical pain.