As more women learn, they are ditching the pill and other contraceptives 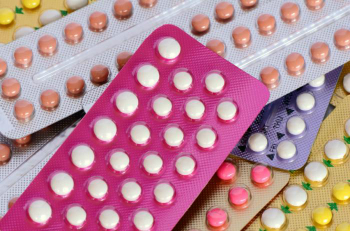 People are changing their minds about the pill and other contraceptives.

Washington D.C. (CNA/EWTN News) - But no matter the reason, more and more women are ditching the pill and opting for fertility awareness methods as a natural way to achieve or delay pregnancy.

"In the US, there does seem to be an increase in the interest in fertility tracking and understanding the signs and symptoms of our bodies to plan and prevent pregnancy," said Dr. Victoria Jennings, director of the Institute for Reproductive Health at Georgetown University.

"Our work has shown that simple fertility awareness messages are extremely attractive to a wide range of women and can address their family planning needs," Jennings told CNA.

July 23-29 is national Natural Family Planning Awareness Week, coinciding with the 48th anniversary of Pope Paul VI's encyclical Humane Vitae, which laid out the Church's long-understood teachings on the sanctity of human sexuality.

The Catholic Church has always taught that contraception is immoral, because it divorces procreation from the sexual act. However, the Church approves of Natural Family Planning (NFP) methods, which allow couples to remain open to life.

Through Natural Family Planning, a woman learns to understand her body's natural monthly cycle. By tracking the signs of her own fertility each day, she is able to determine when she is fertile and infertile. Decisions about whether to engage in sexual activity can then be made, based upon this knowledge, and the couple's desire to achieve or postpone a pregnancy.

While NFP is sometimes mistaken for the primitive "calendar method" of generations past, it is actually an umbrella term for a collection of modern fertility awareness methods. Carefully evaluating each woman's individual body and cycle, modern methods are rooted in science and are 99.6 percent effective when used correctly  --a number that competes with the pill, according to the Couple to Couple League, a group that promotes Natural Family Planning.

Additionally, these methods are free from the host of side effects and health risks accompanying hormonal contraception. They don't pollute the environment. And they can even help women identify underlying health problems that may otherwise go undiagnosed.

And Catholics are not alone in their use of Fertility Awareness Methods (FAM). Increasingly, they are being joined by women of various faiths and no faiths at all, as the benefits of natural methods draw new awareness.

In recent years, many Evangelicals and other Protestants have started to find fault with artificial birth control, and are turning to natural fertility-based methods instead.

"All women, Protestant, Catholic, Atheists, and nones," can appreciate this hormone free (and conscience free) alternative to chemical contraception," said Chelsen Vicari, the Evangelical Program Director for the Institute on Religion and Democracy, in an article last year.

Methods for understanding fertility are also on the rise, and thanks to the help of modern technology and research, women are able to re-think the long list of side effects that can accompany hormonal contraception, such as depression, increased risk for stroke, and reported lower quality of life.

"Specifically in the app world, the use of fertility apps to track cycles or plan/prevent pregnancy is increasing exponentially," Jennings said, noting that there are more than 1,000 fertility apps available on Apple and Google Play stores.

However, Jennings did warn that some of the apps have been proven to be inaccurate or "make claims that are either unsubstantiated or misleading, making it difficult for women to know which apps are most likely to meet their needs."

Among the most well-respected fertility apps is Kindara. Launched in 2012, the iOS app offers charting tools to help women track when they are fertile by highlighting the ovulation period of a woman's monthly cycle.

"Over the past couple of decades, fertility awareness has been studied a lot. We know scientifically, based on evidence now, that it does work, and it works very well if you use it correctly," says Lauren Risberg, the Content Lead for Kindara.

Another fertility app, Natural Cycles, was started by a nuclear physicist in Sweden and was recently approved by the European Union as a certified method of birth control.

The growing interest in fertility awareness also comes at a time of concern over false expectations of reliability with artificial birth control.

New statistics released this month indicate that more than half (51%) of the abortions performed in the UK last year were due to failed contraception from the pill, implants or patches.

In an interview with the Telegraph, chief executive of the British Pregnancy Advisory Service Ann Furedi said that by encouraging women to use contraception, "you give them the sense that they can control their fertility."

In contrast, Church teaching surrounding Natural Family Planning emphasizes an openness to life, steering away from the notion that women control their fertility and instead empowering them with the knowledge to understand their bodies and cooperate with them to the fullest possible extent.

Emphasizing the gift of fertility and the ability to be co-creators with God to bring about a new human life, the Church teaches that couples should only avoid pregnancy through NFP when they have a just reason to do so.

With fertility awareness continuing to grow in popularity, the medical community would do well to pay attention, Jennings told CNA.

"Significant numbers of women worldwide don't use birth control due to fears of side effects, negative beliefs about contraception, and because they don't think they need it at the time," she said.

"We believe the reproductive health community must take women's concerns seriously --and also take seriously evidence-based methods that rely on people knowing their own fertility."