A Catholic meteor shower returns! Here's how you can see the 'Tears of St. Lawrence'

A Catholic meteor shower is gracing the world's skies, and here's how you can view it. 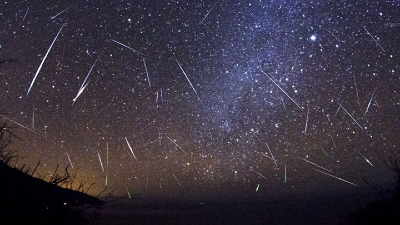 Popularly known as the Perseids, the Tears of St. Lawrence coincide with this popular saint's day.

LOS ANGELES, CA (California Network) - A Catholic meteor shower has returned, and it is already putting on a spectacular display. The 'Tears of St. Lawrence' meteor shower peaks tonight, and will be visible from virtually every location on Earth as the planet passes through the stream of debris left by comet 109P/Swift-Tuttle. The meteor shower coincides with the feast day of the martyr St. Lawrence, who died on August 10, 258 AD.

The meteor shower is popularly known as the "Perseids," and it is one of the most prolific and well-known meteor showers of the year. In previous centuries, the faithful referred to the annual meteor shower as the "Tears of St. Lawrence."

The meteor shower typically produces about 40 meteors per hour, on average, a little more than one-per-minute. To see this rate of shooting stars however, a person must be viewing the shower at its peak time, in the hours after midnight, under a dark sky. Any variance from these conditions will result in a viewer seeing fewer meteors.

Light pollution is the greatest threat to seeing meteors, so it is important to escape city lights and to turn off lights that shine into your viewing area, if possible. This means turning off porch-lights and lights inside the house that may stream through windows into an outdoor viewing area. Without a dark sky, a person may only see a few meteors per hour, even under the best conditions.

The second major factor is the time of day. Many more meteors are visible after midnight and before dawn than right after sunset. This is because the place where you are standing turns towards the stream of dust as night progresses. At sunset, your location is turning away from the sun, and is facing opposite the stream in space. At midnight, your place on Earth begins to turn towards the stream of debris. Because of this orientation, the meteors may streak slowly and brightly across the sky. As the early morning hours progress towards morning twilight, the meteors will become more frequent, with shorter trails. This is because your location is now facing the stream directly, so the meteors will appear to be "raining" from above.

This year, the meteors will peak on August 12, so viewing after midnight on August 11, or in the early morning hours of August 12, will provide the best view. Even better, the moon, which can wash out many meteors with its light, will be set, thus making the skies darker.

The Tears of St. Lawrence are caused by the dust cast off by Comet 109P/Swift-Tuttle as it sails around the Sun on its 133-year orbit. The comet last passed by the Sun in 1992. However, because the comet has been making its rounds for thousands, perhaps millions of even billions of years, it has laid down enough dust along its entire path that the shower puts on a good, strong show each year. The meteors burning up in the sky above your head could have been shed recently, or perhaps centuries ago.

The bits of dust and rock are usually about the size of a grain of sand, pea, or a softball, at most. The average speed of the meteors is about 37 miles per second.

The Tears of St. Lawrence refers to the martyred saint who was executed in 258 AD. Saint Lawrence was responsible for the Church treasury and the distribution of alms to the poor. In early August of 258, the Emperor Valerian ordered that all people denounced as Christians were to turn over their property and be promptly executed. When ordered to hand over the Church's wealth, Lawrence asked for three days to gather the treasure. This was granted, and he spent that time distributing all of the Church's wealth to the poor of Rome. Then, he gathered a crowd of indigent, crippled, and blind people, and presented them to the Roman authorities, explaining these people were in fact, the "treasure" of the Church.

The prefect of Rome was so angered by this act he ordered St. Lawrence to be roasted to death on a gridiron. Typically, these condemned persons were simple decapitated by sword. A fire was prepared and when the hot coals were ready, St. Lawrence was placed over the coals where he slowly cooked to death. According to legend, his last words were, "I am well done on this side, turn me over."

Now, you know what you need to view the meteor shower, and to tell your friends and family about the story of the martyr Saint Lawrence, for whom this Catholic meteor shower was long ago named.