Why it's getting harder to deny global warming

It is getting harder to deny global warming as the data continues to pile up, revealing the planet is the hotter than ever in modern recorded history. 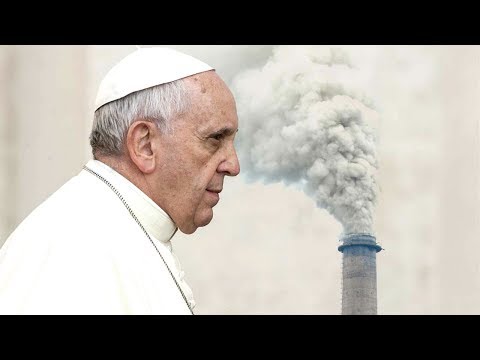 LOS ANGELES, CA (California Network) - According to scientists at both NASA and the National  Oceanic and Atmospheric Administration (NOAA), 2019 was the second-hottest year on record. Both agencies conducted their own studies and reached the same conclusion.

Official historical records begin in 1880, and the years since 2015 are the hottest five years on record. Only 2016 was hotter than 2019. In addition to atmospheric warming, ocean warming is also on the rise. In fact, scientists now believe the oceans are absorbing as much as 90 percent of the warming taking place on the planet.

Warmer oceans are proving to be more disastrous than warming air. Scientists are citing an overheated Pacific Ocean for the death of at least one million common murres seabirds. The astronomical estimate is based on the number of dead or dying, seabirds washed up on the shores of the American west coast. The greatest concentration washed up in Alaska with 4,500 carcasses found for every kilometer of coastline. Experts from the University of Washington believe the warmer waters caused more competition for food while depressing the number of fish available for the birds to catch. Algae blooms also contributed to the problem. The end result is at least one million birds starved to death in 2016. Worse, the nesting populations have not recovered and scientists are skeptical they ever will.

The global fishing industry is faces difficulty as the oceans warm. Species of fish are migrating away from the hot waters and some populations are collapsing.

Although headlines focus on the warm temperatures, it isn't the heat itself that's the problem. It is well known the planet has been both hotter and colder than present. Life has always thrived. The problem is the rate of change. Organisms need time to adapt to changes in their environment. If the oceans warm slowly over thousands of years, evolution can keep up. Species simply adapt. Some still go extinct, but they are replaced with better-adapted specimens.

However, when climate changes quickly, over a period of tens or hundreds of years instead of thousands, natural selection cannot keep up. And we are learning the oceans are particularly sensitive to even small changes in temperatures. The result is a sudden collapse of many species.

This has also been observed on the planet, in prehistoric times. On five occasions in planetary history, the temperature of the planet changed suddenly. The reasons vary from supervolcanic eruptions to asteroid impacts, but the sudden changes results in mass extinction events. As much as 90 percent of all life on earth was destroyed each time.

Now, scientists argue we are in the midst of the sixth-mass extinction event in history, except this time it is being caused by human activity rather than a natural cataclysm. Pollution, habitat destruction, and over fishing and hunting are leading to a rate of extinction that hasn't been observed since prehistoric times.

The tragedy of this event is that it can be prevented and mitigated by changing human activity. But still, in spite of the evidence, there remains a loud chorus of skeptics casting doubt on the rising mountain of data to the contrary. Unfortunately, these skeptics have the ear of the political establishment, who are also bought off by interests which might lose profits if habits were changed.

Nature may not vote, but its power to veto is powerful and absolute. As the science reveals, a warning is flashing. We have a moral imperative to pay attention and make changes.

Ultimately, Earth will survive this mass extinction event, just as it has the previous five times. What is unclear, is if humanity will.