As the Arctic climate collapses, two dangers will emerge

The National Oceanic and Atmospheric Administration (NOAA) is reporting a major rise in average arctic temperatures for 2019, and there is concern the warming will not stop. In addition to the looming environmental disaster, political disaster may follow. 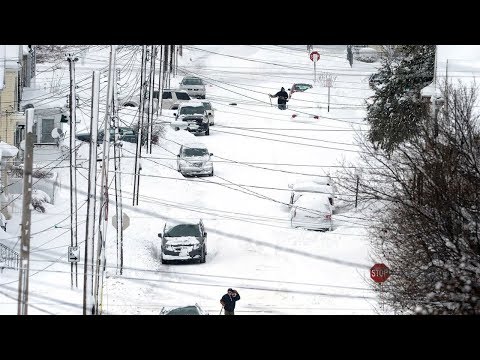 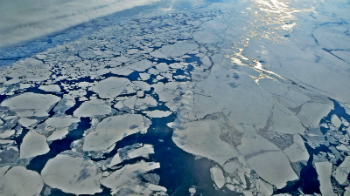 LOS ANGELES, CA (California Network) - The National Oceanic and Atmospheric Administration issued its annual Arctic Report Card this week, and the findings are alarming. In 2019, the average Arctic temperature rose by 1.9 degrees Celsius (3.42 degrees Fahrenheit). This change is dramatic. A few degrees temperature difference in the continental USA means little, but in the Arctic, it is the difference between skating on ice and swimming in water.

The impacts of this change are massive. Even worse, this is not an anomaly, but part of a trend. As of 2019, the 13 lowest sea ice extents on record have been in the last 13 years. The data now reveals the Arctic is warming twice as fast as the rest of the planet.

The impact of this warming trend means more unstable weather, including more polar vortexes over the Americas, more extreme storms in both the Pacific and Atlantic oceans, and much more.

As ice recedes and permafrost thaws, both humans and animal residents of the Arctic are facing disruption. Ice sheets are thinner, and no longer safe for travel. Ice on rivers is also thinner, making ice fishing more hazardous. For Arctic residents, this is a serious problem which impacts survival.

In the oceans, fish populations are moving north to escape the warming waters. Their numbers are also in decline, a product of both over-fishing and climate change.

The problem is not simply that the planet is warming. Earth has been both colder and hotter than at present. The problem is the rate of warming, which is extremely rapid. Natural warming takes place over thousands of years. But human-induced warming is so rapid that changes which normally take hundreds or thousands of years are happening within decades.

Previous changes like this have only been observed in correlation with cataclysmic events, such as a massive asteroid impact or super-volcanic eruption. Such events have only happened five times in planetary history and each one has correlated with a mass-extinction event. Five times, these events have wiped out as much as 90 percent of the species on the planet. Now, scientists believe we are in the midst of a sixth event. The heart of the problem, aside from habitat destruction, is that many species cannot evolve rapidly enough to keep up with the changes. In most species, evolution takes hundreds to thousands of years to work. It is a process so slow, that it has only been documented in nature a few times since the works of Charles Darwin and Alfred Wallace in the 19th century.

We know humans are responsible for these changes because CO2 released by human emissions has a heavier isotope than what is released by natural processes such as volcanic eruptions. And while the Earth itself emits the majority of carbon into the atmosphere, deforestation and human emissions are making it impossible for nature to "take up" what is being released. The result is a steady rise in human-emitted CO2, which is precisely what is being observed.

A number of climate skeptics I've interviewed have privately admitted that global warming is definitely or probably occurring. They debate the degree to which humans are responsible. However, they have one major concern which we all should share; to what degree will the political response to these changes infringe on human freedom?

This is a serious concern. Calls for population control are already being made. The problem is the ecological disaster may result in a political disaster which results in the loss of freedom and life for millions or billions of people.

This is the reason why moral voices must first accept that climate change is an issue we should work to avert, so as to make a political response less necessary. Then, those voices must unify and grow to prohibit the passage of evil policies which will harm people.

Being asked to drive a cleaner car or to reduce factory emissions is not a significant impairment of freedom compared to sterilization, euthanasia, war, and other gross solutions to the crisis. In fact, when compared, the real crisis isn't the warming so much as the politics.

Humanity will adapt to the changes, one way or another. Even if ecological collapse occurs, human ingenuity is our greatest natural ability and will preserve humanity. And the Earth will abide, even if many species go extinct. While this would be a tragedy of epic proportions, it is survivable.

What may not be survivable would be an overzealous human response which results in the death of billions of people by one means or another. Whether by famine or war, or by euthanasia, or abortion, we cannot surrender our freedom and morals. There are surely other solutions that do not involve the destruction of human life and freedom.

It's time. We must move beyond the absurd debate over whether climate change is happening and begin working out moral solutions to the problem.