Earth's lungs are burning, and soon ours will too

Some environmentalists say the Amazon rainforest is the lungs of planet Earth. At this time, those lungs are burning, and soon ours will too. Just as they are experiencing in Sao Paulo, where smoke has blackened the city sky so streetlights come on. 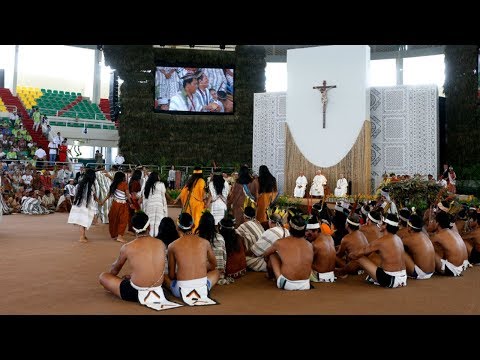 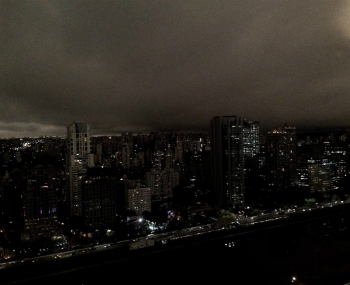 Smoke from the fires in the Amazon has turned day into night in Sao Paulo, and forced President Bolosonaro to take action.

LOS ANGELES, CA (California Network) - The Bishops of Latin America and the Caribbean (CELAM) have issued a statement on the fires burning around the world, and they have warned the problem is one "of planetary proportions." It is also likely that Pope Francis will mention the fires soon, as he prepares for an October synod focused on the Pan-Amazonian region.

The Bishops stated in their letter that the fires are a "tremendous natural tragedy," and added: "To our brother indigenous people living in that beloved rainforest, we express our closeness." The bishops are calling for solidarity and "prompt attention."

The Amazon is a critical part of our planetary ecosystem, responsible for about 20 percent of the oxygen we breathe. Burning the forest results in less oxygen for the planet, while the increased CO2 emissions strengthen the ill effects of global warming. The Amazon is also a place of incredible biodiversity, with many rare, even undiscovered plants and animals and insects. There is little way to know what cures, and what diseases lurk in the sylvatic reservoirs of the rainforest. Developing the forest could enable diseases to emerge, while habitat destruction could wipe out sources of cures.

The Amazon is also home to tens of thousands of indigenous peoples, some of whom remain "uncontacted,' and live under stone-age conditions.

Exacerbating the problem is Brazil's president, Jair Bolsonaro, who has curtailed enforcement against illegal logging operations and other programs which protect the forests and the people who live in them. He has expressed an interest in developing the Amazon for economic gain, at the expense of the indigenous peoples. Many environmentalists blame him for the current crisis, and the slow response to it. At this time, the Brazilian Army is prepared to mobilize against the fires, revealing how widespread and out-of-control they have become. Meanwhile, President Bolsonaro is responding to critics, including many world leaders, stating that the problem is for Brazil to solve, not the world.

However, what happens in the Amazon is of interest to the world, since the world relies on oxygen to survive. NASA is also monitoring the fires from space.

And the fires are not just in the Amazon. Large, record-breaking fires in Alaska, Siberia, the Canary Islands, and even Greenland are burning as this article is published. Greenland just had the largest single-day ice melt in recorded history. This follows the hottest July on record.

The ability to deny the human impact on rapid global warming is waning, and it has garnered the attention of Pope Francis himself, who has frequently reminded the world that we are stewards of the Earth, and we have a responsibility to care for the planet. We have a duty to allocate resources for the welfare of all, not just for the interests of a greedy few.

If the Amazon burns, so too will our lungs. We must recognize that the planet has been wonderfully created, and put into careful balance by God. We may certainly make use of the goods of the Earth, but we must do so in a way that will not upset the balance God has set, lest we reap consequences of Biblical proportions.