President Trump has inquired to his staff about the prospect of purchasing Greenland from Denmark. The inquiry comes as global warming continues to melt down the island's massive ice cap, under which vast quantities are minerals are available. Offshore, undersea deposits of fossil fuels offer a rich bonanza. 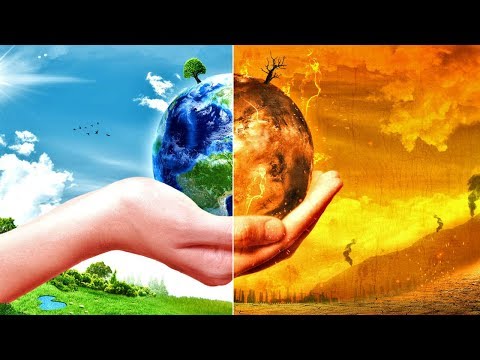 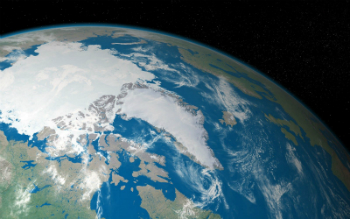 Greenland is covered in ice, but for how much longer?

LOS ANGELES, CA (California Network) - The news is abuzz with reports that President Trump has asked his staff about purchasing Greenland. No formal request has been made, and Denmark, which administrates the massive island, has already make clear that it's not for sale. The mainstream media is skewering the President for the request, but it isn't as ridiculous as it's being made out to be.

Naval historians appreciate the importance of the Denmark Strait, as it was painfully illustrated in WWII. The Denmark Strait was where the infamous German battleship Bismarck was sighted by the Royal Navy, and where the battlecruiser HMS Hood, pride of the Royal Navy, was destroyed in seconds by a lucky shot from Bismarck. 1,415 sailors died almost instantly, and only three survived.

Today, it is the perfect hunting ground for submarines, and the waterway provides access to the world for Russian and Scandinavian ships. In wartime, the controlling power would be able to restrict passage.

It is also quite likely that Greenland harbors vast natural resources under its ice sheet. Offshore, rich deposits of oil and natural gas have been found. A 2001 survey concluded there could be as much as 110 billion barrels of oil under the Greenland Sea.

The purchase of Greenland isn't a new idea. The U.S. offered to purchase the island in 1867, and again during WWII.

From a business standpoint, it is a savvy idea, and one that would pay off well. It is a classic, Trumpian move, and perfectly in-line with his bold character.

However, Greenland is a sensitive place, and it is considered a bellwether for global warming. Scientists constantly monitor the island, taking daily measurements of its ice. The island's ice cap is melting fast, and while this would make it easier to extract resources, the greater concern is the impact global warming will have on the planet.

Already, this summer has seen the biggest melt on record, with billions of tons of ice melting away. Scientists are referring to the level of rapid ice loss as, "alarming." Meanwhile, the planet has just gone through its hottest July on record.

The cause of global warming appears to be human activity. CO2 emissions from the burning of fossil fuels has rapidly increased the concentration of that heat-trapping gas in the atmosphere. Scientists know the rise is due to human activity because CO2 released through the burning of fossil fuels has a different isotope than that released by volcanoes and other natural sources. Simultaneously, forests such as the Amazon and in Equatorial Africa are being clear-cut, preventing them from taking up the added CO2.

Earth can survive hotter temperatures, as the planet has been both hotter and colder than it is now. The problem is not the warmth, but the speed of the warming. The planet is warming so fast that evolution cannot keep up, as a result, ecological conditions are changing rapidly, leading to mass extinctions. The fear is that the loss of a keystone species due to the rapid warming could result in a global ecological collapse. There are also challenges with sea level rise, erratic weather, and more frequent disasters such as droughts, fires and severe storms.

Of course, the purchase of Greenland would also invite ecological disruption, but the scale would probably be small considering the size of the island. There are no forests that would be destroyed and very few animals inhabit the area, when compared to other parts of the planet's surface. However, strict regulations would have to be imposed and enforced to prevent damage to the sea and other pristine parts of the island, and to restore the environment after an operation concludes.

For now, the purchase of Greenland isn't a possibility, nor is it likely to be developed. However, the island is losing its ice, and this has implications for sea level rise, and provides a stark warning that the planet is heating fast. For the savvy entrepreneur, there's a tragic, yet profitable opportunity in that as well, just not in Greenland.