Scientists learn the Milky Way isn't flat and here's why

A team of researchers from the University of Warsaw has discovered the Milky Way isn't a flat disk, as often depicted in textbooks. Instead, the galaxy is a warped disk. 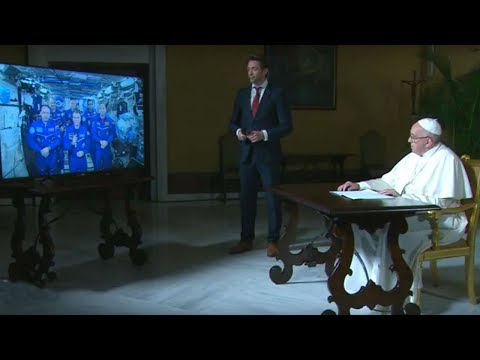 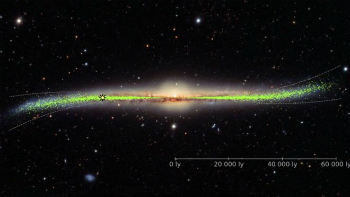 An map of the Milky Way galaxy reveals it is warped, instead of flat as often depicted in textbooks.

LOS ANGELES, CA (Catholic Online) - A team of scientists from the University of Warsaw have discovered the Milky Way is wobbling, like a pizza crust tossed into the air before baking. The further from the center of the galaxy, the more distortion there is from the galactic plane.

The researchers used Cepheid variable stars to make their measurements. Cephieds are stars which pulsate with clockwork regularity. Astronomers sometimes refer to them as "standard candles," which means their precise luminosity is known. Astronomers can calculate the precise distance to the stars by plugging their luminosity into a formula. The team at the University of Warsaw used new data from the Optical Gravitational Lensing Experiment to these stars on a 3-dimensional map. In the process of creating their map, the scientists discovered the edges of the galaxy are warped.

This is a remarkable discovery, which challenges the the flat, spiral pancake view of the universe often shown in science textbooks. It also demonstrates that we have much to discover and learn in a universe filled with surprises.

The scientists have published their findings in the journal Science.

The reason for this warping is attributed to the fact that our universe is filled with other galaxies and dark matter. Dark matter is a form of matter thought to comprise 85 percent of the universe, yet scientists cannot yet identify what it is. Some suspect it is an undiscovered subatomic particle. Dark matter exerts substantial gravitational influence over galaxies and the universe itself. Without dark matter, astronomers theorize galaxies would not hold their stars together, and would disintegrate. Dark matter may be responsible for the warping effect. Other nearby galaxies are likely exerting gravitational influence as well.

The Catholic Church has a rich scientific tradition. Fr. Georges Lemaitre developed the Big Bang theory at the same time Einstein was working. The Catholic Church also maintains observatories, including one on Mount Graham in Arizona. Several Popes have spoken on the significance of our exploration of space, and Pope Francis has discussed the Catholic faith with astronauts aboard the International Space Station.