2018, The Year of Quakes begins with major 7.6 megaquake in Caribbean

The year 2018 has been predicted to be a year of major quakes by scientists, and the first major quake has struck on cue. A massive 7.6 quake hit the Caribbean at 9:51 PM local time, about 27 miles north of the Honduran coast. Due to the remote location of the quake, there were no casualties. A tsunami warning was canceled. 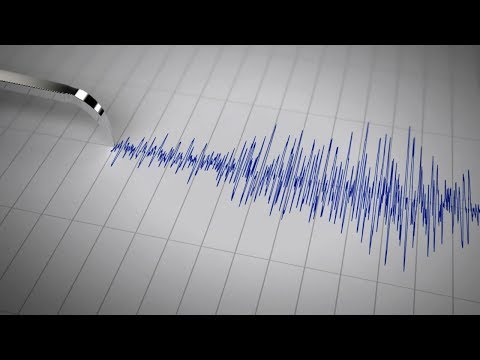 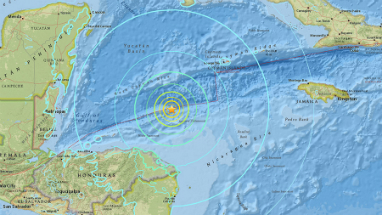 The 7.6 quake struck far enough away from people to avoid casualties.

LOS ANGELES, CA (California Network) - The first major quake of 2018, predicted to be a bad year for earthquakes, has hit the Caribbean. The quake struck at 9:51 PM local time, about 27 miles northeast of the coast of Honduras and did not produce any casualties due to its fortuitous placement. A subsequent tsunami warning was canceled after no waves were detected. Precautionary evacuations were carried out, but residents were allowed to return after a short time.

The northern coast of Honduras is mostly nature preserves and is therefore sparsely populated.

The quake is notable because of its powerful magnitude of 7.6. Had the quake occurred on land, thousands of people could have been killed and injured.

The year 2018 has been predicted to be bad for earthquakes, according to a new hypothesis. Scientists think they may have uncovered a correlation between a slowing of the Earth's rotation and an increase in powerful earthquakes, especially in the tropics.

According to the hypothesis, minor fluctuations in Earth's rotational speed can affect the Earth's crust with energy from the interior radiating to the surface where it causes more movement of tectonic plates than usual. On average, there are about 15 major quakes around the world each year. Most occur at sea and affect few people. However, about five years following each slowing of the Earth's rotation, scientists noticed the number of intense quakes doubled to 25-30 per year.

The last time Earth's rotation slowed was about five years ago, making 2018 the year when quakes should spike if the correlation holds.

Scientists warn that correlation does not equal causation, and they cannot yet explain precisely how this happens. So they will be counting in 2018, and measuring to see if the ominous prediction holds true.