A Caribbean island is being devoured by plastic trash, and nobody knows what to do

Free World Class Education
FREE Catholic Classes
Plastic is polluting the Caribbean, and there are no plans to clean it up.

In a series of shocking images, a Honduran island is besieged by plastic pollution, and nobody is sure what to do about the problem. 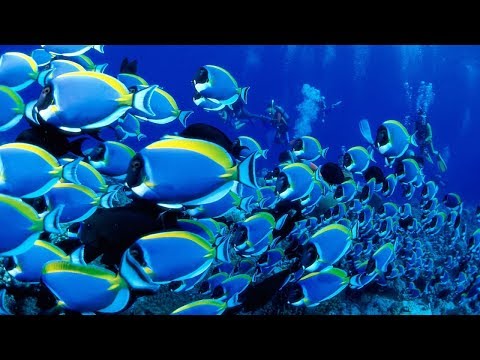 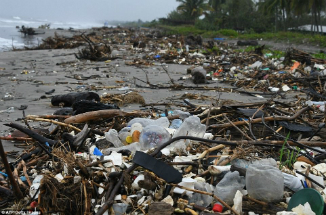 The beaches of Roatan, Honduras are covered with trash following the rainy season.

LOS ANGELES, CA (California Network) - An idyllic Caribbean island is besieged by plastic, and nobody knows what to do about the disaster.

The Honduran island of Roatan is a gem in the Caribbean, but presently it is marred by patches of plastic flotsam. The plastic is destroying the Cayos Cochinos Marine Reserve by marring its beauty and killing large numbers of animals.

The rubbish patches are also washing ashore and polluting beaches. Spots where tourists once vacationed, now look like garbage dumps.

It's thought that recent heavy storms have washed large quantities of plastic rubbish from nearby Guatemala into the sea. Floods sweep the streets of many Guatemalan towns and villages during the rainy seasons, carrying plastic waste into rivers and eventually into the ocean. Currents cause the plastic to accumulate in patches. 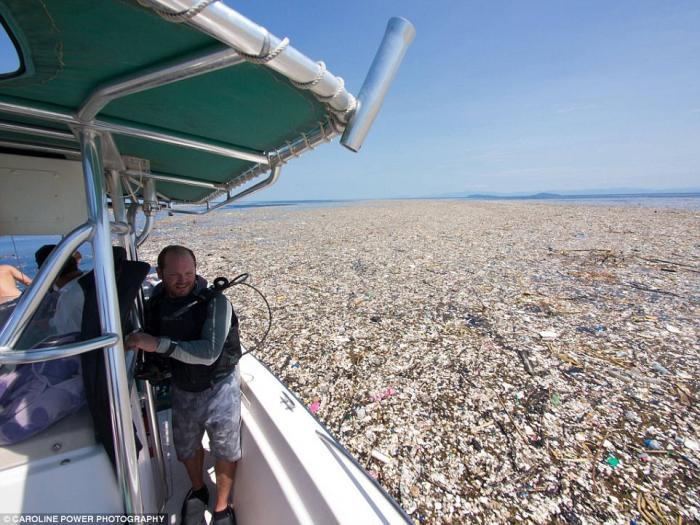 A diver looks with concern at the patch of plastic surrounding his boat. Imagine planning a vacation getaway only to see it turn into a dump.

Plastic waste has been discovered in even the most remote waters of the planet. Garbage patches the size of entire states have been identified in both the North and South Pacific. It's believed similar patches must exist in all the world's oceans.

Sealife is often confused by plastic, which can flash with bright colors causing predators to mistake the shiny bits for food. Animals that ingest the plastic eventually fill their stomachs with the debris which they cannot digest or pass out of their gut. The accumulation causes them to die painfully from starvation. Other dangers include netting, fishing line, and other kinds of rubbish which ensnare creatures, causing them to drown or making it impossible for them to catch food. 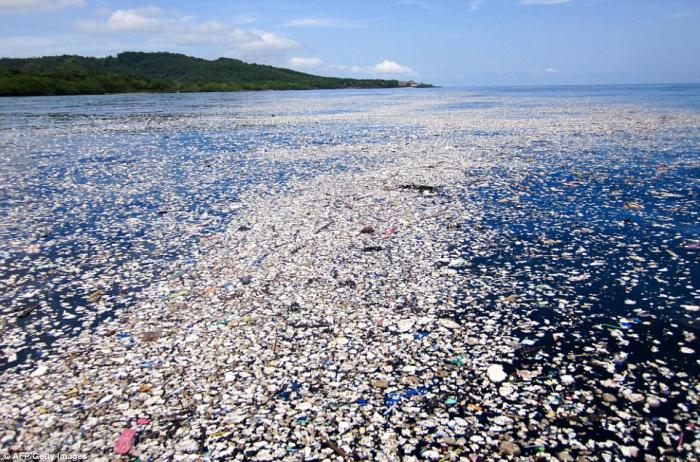 Plastic garbage wafts around Roatan, killing wildlife and ruining the natural beauty of the coast.

Estimates hold that about 90 percent of seabirds have ingested some kind of plastic.

Modern plastics have existed for about 150 years and became common after World War II. In less than a century of modern production, humans have inundated every corner of the world with plastic garbage, which can take hundreds to a thousand of years to degrade. FIshing line can take up to 600 years to degrade. Styrofoam never degrades. 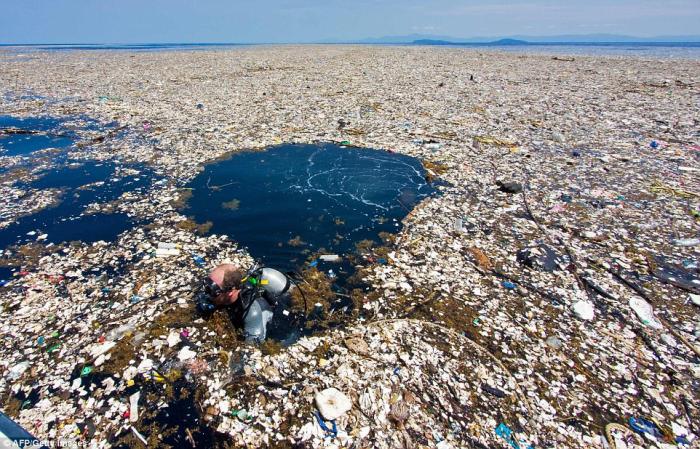 The garbage patches span for miles and are growing.

Until we develop new materials and make cleanup and recycling a uniform, global priority, plastic will accumulate in our environment. 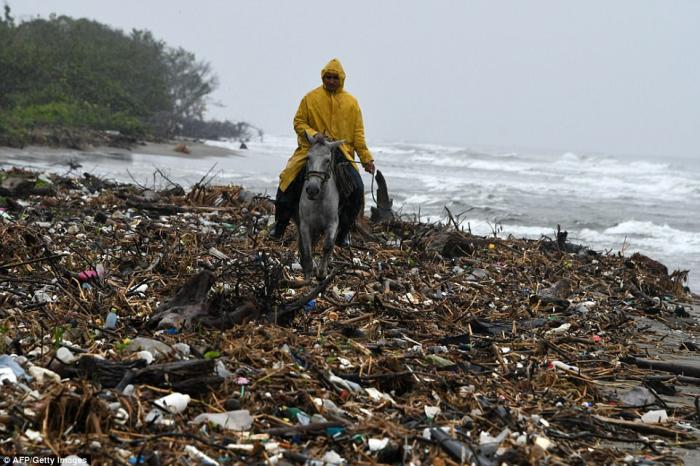 A man rides his horse on the beach, an experience marred by the incredible quantities of rubbish.