It's finally happening, Antarctica is breaking up. Here's the disaster that could happen next

One of the largest icebergs ever recorded has calved from Antarctica, and it has scientists worried. Likely to be dubbed A68, the iceberg is roughly the size of the state of Delaware and it will pose a hazard to shipping. It may also prompt the rest of its ice shelf to give way, starting a chain reaction that will raise sea levels by four inches. 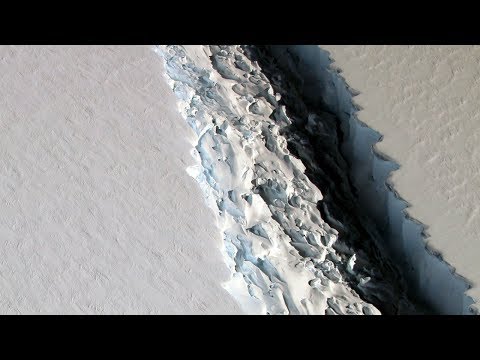 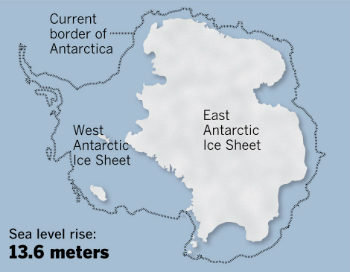 The worst case scenario shows sea level rise of more than 13 meters over the next five centuries. Every coastal city would be wiped out and the world will look radically different.

LOS ANGELES, CA (California Network) -- A massive iceberg, roughly the size of Delaware, has calved from the Larsen C ice shelf in Antarctica. The iceberg is about 2,200 square miles in size, and is between 600 to 650 feet thick, with the vast majority of the ice under water. That thickness is about 50-60 stories, or almost half the height of the Empire State Building. The iceberg represents about 12 percent of the ice shelf.

Experts say it is one of the 10 largest icebergs ever recorded.

The iceberg poses a threat to maritime traffic and will be tracked for as long as its ice is a concern for shipping. Presently, it is winter in Antarctica and the region is cloaked in perpetual night. Despite the cold, the iceberg will begin melting into the sea. It will take several years to melt.

The volume of water contained in the iceberg is of little concern to scientists. It will not contribute to sea level rise, since it was already floating on the ocean. 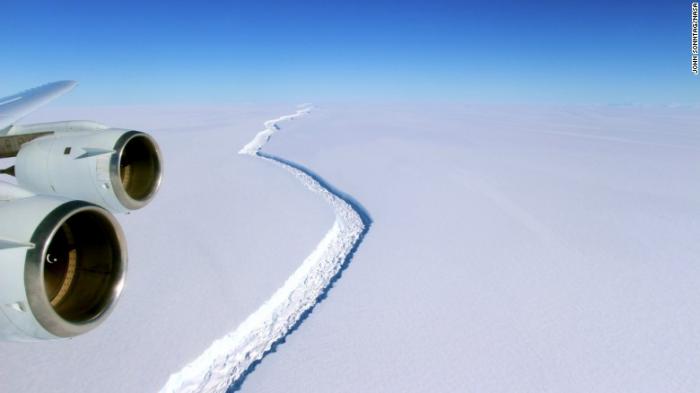 The rift that caused the iceberg was photographed in detail last year. Because of the darkness and conditions in Antarctica, no clear pictures of the iceberg have been taken yet.

What worries experts is the possible loss of the entire Larsen C ice shelf, and the glaciers that the ice shelf holds back. Should those glaciers melt, the water they hold will raise the global sea level by four inches.

Four inches may not seem like much, but it's enough to top coastal levees in foul weather and to flood low-lying towns and villages around the world. Several Pacific atolls are particularly vulnerable to small increases in sea level. 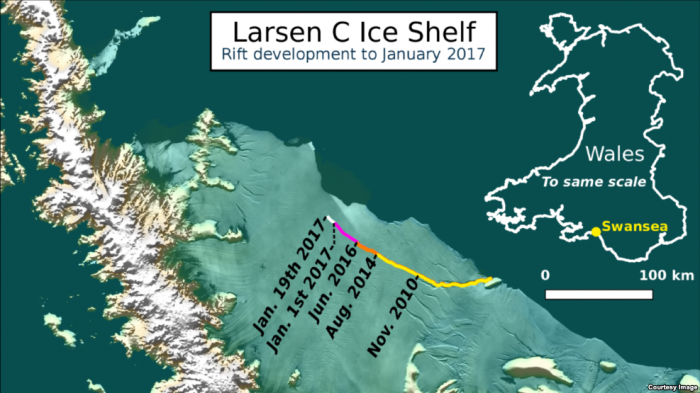 The development of the crack in the ice shelf that has created the iceberg. The crack took several years to develop.

There is no credible estimate of how likely it is the Larsen C Ice Shelf will collapse. This calving event is the largest ever recorded on the Larsen C Ice Shelf. Historically, large calving events have not destroyed their ice shelves. But if it were to happen, it would be a major disaster, even if no lives were lost as an immediate result. The resulting loss of the glaciers and sea level rise would exacerbate coastal flooding. 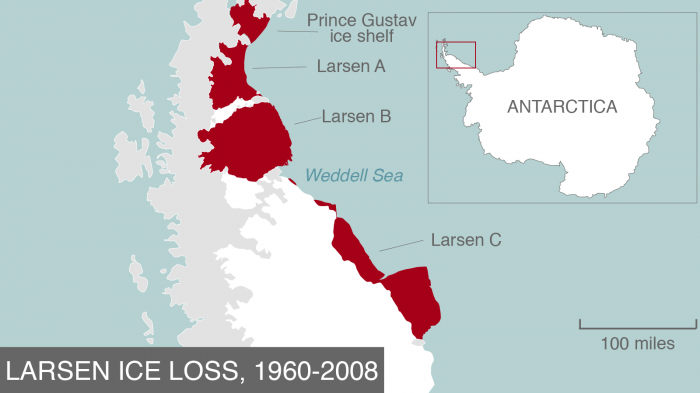 Ice loss on the Antarctic Peninsula since 1960.

Nobody has yet accused global warming of being the culprit in the calving of the Larsen C ice shelf, because ice shelves calve icebergs all the time. Occasionally, those icebergs can be quite large. The largest iceberg was designated B-15, and it broke away from the Ross Ice Shelf in 2000. At 4,200 square miles, it was larger than the island of Jamaica, and took until 2005 to melt. Iceberg B-15 was more product of natural forces in Antarctica than weather. The most detailed study, conducted in 2010, found B-15 was created in large part by grounding on the tides.

For now, the cause of the Larsen C calving event remains unknown. It has been developing for several years. More such events will happen again around the continent. However, if global temperatures are increasing they will impact Antarctica, and as the experts are warning, what happens in Antarctica can affect the whole world.