How decaf coffee destroyed the ozone layer, you monsters

Free World Class Education
FREE Catholic Classes
Decaf coffee is part of the reason why the ozone layer has been depleted.

What kind of monster drinks decaffeinated coffee? The kind that wants to destroy the Earth, according to research that says our love of decaf has also damaged the ozone layer. 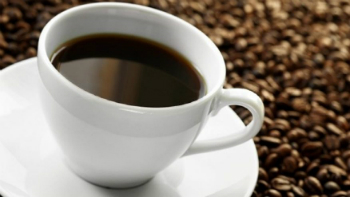 LOS ANGELES, CA (California Network) -- Decaffeinated coffee has never made sense to those of us who rely on caffeine to get going in the morning. However, it has been a popular choice for over a century. During the 1970s, coffee was decaffeinated with the solvent, dichloromethane (DCM). It turns out, that chemical depletes the ozone layer. A new study reveals that its use in the 1970s has set back recovery of the ozone layer by at least 30 years.

The discovery is important not just because it allows those of us who consume caffeine to look down at those who choose decaf, but it also explains why the ozone layer may be in such poor shape.

The ozone layer is a layer of the atmosphere which is rich in ozone, a form of oxygen made of three molecules. Ozone helps block harmful ultraviolet rays from reaching the Earth's surface where we live. Ultraviolet (UV) rays are responsible for damaging cells in the human body, causing sunburn and even cancer.

Chemicals like DCM also bind with ozone and prevent the gas from effectively blocking UV radiation.

Coffee producers soaked beans in DCM which caused the beans to become decaffeinated without losing flavor. The chemical was also used in a number of other solvents and cleaning agents. By the end of the 1970s however, DCM joined a list of other chemical agents that were found to cause cancer. Coffee producers quickly eliminated the chemical from their production processes. It is no longer used to decaffeinate coffee.

In the 1980s, chemicals called chlorofluorocarbons, were found to also deplete the ozone layer. These chemicals were banned by UN agreement in 1987, but DCM was not because it does not linger in the atmosphere as CFCs do. Since the banning of the CFCs, the ozone layer has started to recover. However, a major reason why it has not recovered is the continued use of DCM. The use of DCM in some applications is on the rise, and this is delaying ozone recovery.

The ozone layer is repairing itself and should be back to normal by 2046 and 2055. However, the continued use of DCM in some applications means it will take longer for the ozone layer to repair.

It is possible that additional regulation will have to be considered to regulate the use of DCM, particularly if DCM use becomes more widespread. While it will never again be used in food products, it will have a host of other industrial applications that makes it a threat to ozone recovery.

There are no plans as of yet to restrict the use of DCM. And we still don't understand why anyone would choose decaf.