Not by fire but by ice? The frigid scenario where global warming triggers an ice age gets a second look

Free World Class Education
FREE Catholic Classes
The shutdown of the AMOC could result in another ice age.

The climate change skeptics are going to love this one. Under one scenario global warming could trigger a new ice age that will devastate Europe. The good news is, if it happens, it will take some time. The scenario shows just how difficult the impact of global climate change can be as humans disrupt nature. 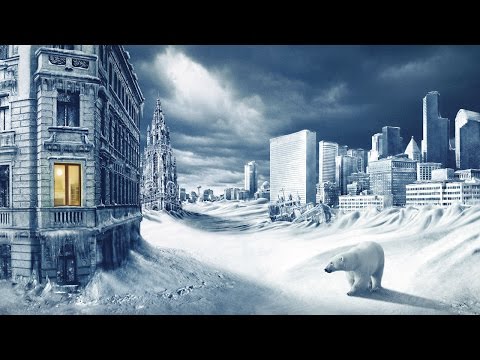 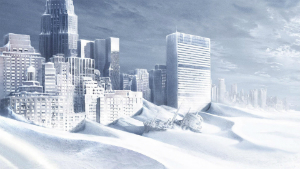 An unlikely scenario is getting a second look from climate scientists.

LOS ANGELES, CA (California Network) - The conventional understanding of global warming is that the planet will simply become hotter until all the ice melts, the sea level rises and forests turn into deserts and deserts into forbidden wastelands where nothing at all can survive. It's a frightening prospect that has many wondering why people don't take it more seriously.

Global warming will be catastrophic, but it will not necessarily render the planet uninhabitable. And some regions will find global warming a boon, while others will find it disastrous. But the problem remains that nobody knows for certain what's going to happen.

Under the most accurate models for global warming, some places become cooler, and weather becomes more chaotic, less predictable. Beyond this, it is impossible to say precisely what will happen. There is widespread agreement that polar ice will melt and contribute to sea level rise, a phenomenon that is already being observed.

But what happens when all that ice melts? Does the planet just keep getting hotter? According to one model, the opposite may occur, the northern hemisphere might freeze.

The idea sounds counter-intuitive, and it could be wrong, but there is one hypothesis that a warming planet could cause an ice age.

The hypothesis has to do with the Atlantic Meridonial Overturning Circulation (AMOC). The AMOC is what keeps Northern Europe from becoming a frigid wasteland. Warm ocean currents rich in salt water flow north from the tropics, delivering warm water to the North Atlantic. This, in turn, warms the Northern Hemisphere, especially in Europe. As the current releases its heat, it cools and sinks, and flows back south, delivering cool water back to the tropics.

Essential to this transfer of heat is the salt water. However, a massive melting of freshwater ice has the potential to drown out and collapse this flow of salt water. If the current collapses, then the heat transfer from the tropics to the North Atlantic will halt, with disastrous consequences for Europe.

Even since the idea was proposed, climate change scientists have dismissed it. The idea was used as the premise for the move "The Day After Tomorrow," which itself was filled with scientific inaccuracies and absurdities. Of course, that was a Hollywood blockbuster and not a documentary. But the idea has received little attention. After all, it sounds bizarre that a warming climate could suddenly turn into an ice age.

But now researchers at Scripps Institution of Oceanography at the University of California, San Diego have found that the scenario is much more likely that previously thought. Their work found the existing models were biased for the current. But when they corrected for the bias they discovered the current collapsed more often in their scenarios, which led to massive freezing.

The researchers estimated that the level of carbon dioxide in the atmosphere needed to trigger this disaster is about 700 ppm, and we are at 400 ppm now. At current rates, we will reach 700 ppm around 2100. The scenario then begins melting the ice at a rate which can drown out the current. The disaster takes place in slow motion and will need about 300 years before the current is shut down. So we have about 400 years to find a solution to the problem.

Not everyone thinks this is a likely scenario anyway, even under the corrected model. Logical questions arise. The Earth has natural mechanisms that work to restore equilibrium. For example, the loss of ice means more heat absorption in the Arctic, which in turn would make the development of a new ice cap less likely, not more so. And currents can shift and change with time anyway, so it is possible that some other mechanism could compensate for the loss of the AMOC.

If the study shows anything, it is that our future on a warming planet is terribly uncertain. Humanity has never recorded such dramatic and rapid climate change as what we see now. Humans and nature will adapt, but the price we pay in the process may be very high. The price paid by our descendants may be even higher than we can imagine. That's a lot of incentive to take this problem seriously.