WARNING: Have you heard about the secret danger about to destroy the Vatican?

Pope Francis and the Vatican are on secret high alert, on the lookout for terrorists and others who would do harm to the Church. However, if the scientists are to be believed, there is a rapidly developing threat to Rome from nature itself. A long-dormant volcano on the outskirts of Rome is showing signs of reawakening. 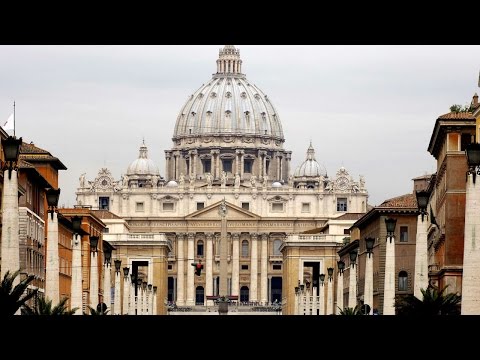 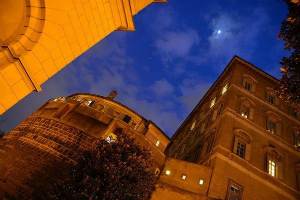 Within the next millennium, a volcanic eruption on the outskirts of Rome will damage or even destroy the Vatican. Nobody knows how much time is left.

LOS ANGELES, CA (California Network) - Recent activity in Italy has scientists worried that the region is waking up seismically. Powerful earthquakes in central Italy are the most visible evidence of this awakening, caused by pressures deep within the Earth that are only moderately understood.

Scientists studying the region have now discovered that ancient magma chambers beneath the residential areas of the Rome's outskirts are recharging. That means they are refilling with magma, which is a prerequisite to eruption.

The ground in places like Castel Gandolfo is rising by 2-3mm per year.

The site of the greatest activity is the Alban Hills, about 20km southeast of Rome.

The volcanoes deep underneath the hills have been dormant for about 36,000 years or more. This means they have not erupted at any point in recorded history. However, they have erupted in prehistoric times. They also follow a cycle, and as it happens, the volcano is due to erupt in the present day -or so. And by that, volcanologists think we have about a thousand years before we need to evacuate. But on geologic scales, that's not so much time.

Scientists in the media are dismissing any connection between the quakes in central Italy and the recharge of the Alban Hills magma chamber, but that doesn't mean there is no connection. Some hypotheses suggest the two events can influence one another quite powerfully.

Volcanologists do expect the Alban Hills to wake up, and when that does happen, Rome will be in jeopardy. Dangerously, scientists know that the Alban Hills volcano tends to erupt explosively, and they have compared it to a champagne bottle uncorking. This has been proven by studies of ancient deposits from eruptions long past. If true, then the Vatican, and all the people of Rome, are in danger.

The good news is that there seems to be plenty of time. Yet, scientists may not enjoy the full understanding of what is happening under the Earth's crust, so there is always a danger of events developing much faster than anticipated.

Should you cancel your trip to the Vatican or your resort stay in the Alban Hills? Not yet. In fact, it's probably safe to buy real estate there even. But understand that in the centuries to come the likelihood of an explosive eruption will grow dramatically and when that time comes, Castel Gandolfo, the suburbs of Rome, and perhaps even the Vatican itself will witness great destruction.

In the meantime, the people of Italy can expect more quakes and those can strike at any moment.