Retail sales surge - Is this a sign of recovery?

Free World Class Education
FREE Catholic Classes
This season will be seen as a bellwether for recovery.

There are promising economic signs coming from retail data in October. GDP and spending are both up. If true, then tax increases and interest rate hikes could dampen inflation and economic recovery could be on the horizon. But it's far too soon to celebrate, and challenges lie ahead. 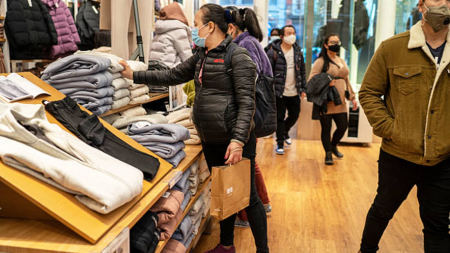 LOS ANGELES, CA (California Network) - U.S. retail sales went up in October, likely a result of early shopping by customers keenly aware of expected shortages closer to Christmas. The early shopping gave a lift to the economy, and could be an early sign of recovery, following almost two years of COVID restrictions, unemployment issues, and massive monetary and fiscal stimulus, which has largely benefitted Wall Street.

However, inflation continues to rise, and will have to be checked. Monetary and fiscal policy, such as tax increases, especially on Wall Street and the wealthy, and higher interest rates may curtail inflation by draining money from the cash-rich economy and encouraging people to borrow and spend less and save more.

At present, inflation is the highest it's been in three decades.

While the news is good, and the prospects are hopeful, there are plenty of challenges that remain. Ships remain backlogged at port, there remains a shortage of trucks and delivery capacity, the workforce is under-strength, and there's slim expectation that this retail season will be strong.

COVID remains an issue, and rather than getting better, it could become worse. Vaccinated people are now suffering infections as the effects of the vaccine wane. Boosters are now recommended for adults, and in time some researchers suspect the boosters won't be enough either. If COVID surges again, a new round of restrictions could be implemented, at least in some places, and this could derail an already struggling economy.

Poor retail sales can also harm the economy if large retailers have to close. This remains a real possibility, although it is not clear how many businesses are in danger. The lack of workers is also proving painful, as businesses struggle to find workers. Meanwhile, workers who have adjusted their living arrangements to their lower budgets, see little reason to return to work, even without government aid.

Inflation is a serious problem, although wage gains by workers have helped. But inflation is outpacing even those gains.

Despite all this, the numbers for October are impressive. October sales are up 16.3 percent year-on-year, and 21 percent higher than last year. Some of this could be the result of pent-up demand for goods. Experts say this means November and December will see lower figures than typical, but it is a sign that consumers want to shop and spend, and are already doing so. The question now is, will there be enough goods and services to accommodate them, and will their wages hold enough purchasing power to make a difference?

For now, the future seems to look better than it has in quite awhile, and as long as there aren't any large disruptions, its promises may come to fruition.