The IRS has issued a warning to the rich who have been hiding money offshore - come clean now, before we catch you ourselves. The warning follows the leak of over 11 million pages of documents that detail the private, often hidden financial moves of wealthy people including politicians and celebrities. Many of the moves have been made to hide money from taxation. 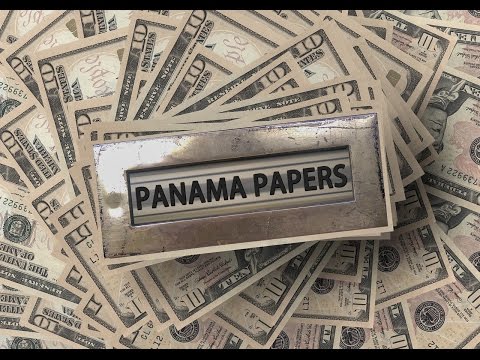 LOS ANGELES, CA (California Network) - If you have hid money in an offshore account to avoid taxation, now might be a good time to come forward and disclose it to the IRS. This is the warning the government agency is delivering to people prior to its investigation into the 11.5 million pages of financial documents that detail the hidden assets of the world's wealthiest people.

Preliminary investigations have already led to government shakeups including the resignation of Iceland's prime minister.

The leak, referred to as the "Panama Papers," is the single largest document leak in history. It is bigger than Wikileaks and Snowden both. The leaked papers provide detailed information about 214,000 offshore companies used to hide assets by the Panamanian corporate service provider, Mossack Fonesca. The documents contain specific names, so they make clear who is hiding assets and where those assets are.

The documents were leaked anonymously to a German newspaper, Suddeutsche Zeitung in 2015 and have since been distributed to over 100 media organizations. More details are expected to be revealed in May. The size of the document trove makes sifting through the data a painstaking, laborious task, hence the time-spans involved in revealing information to the public.

The IRS naturally plans its own investigation. It is widely believed that billions and possibly trillions of U.S. money is being held overseas in secret accounts, illegally kept out of reach of the IRS. These billions represent money lawfully owed to the IRS, and the American people.

In recent years, the IRS has been criticized for dealing harshly with small-scale tax evaders while the largest tax evaders operate in plain sight and without fear. Many corporations are proud of the fact they pay no taxes, and some even receive massive government subsidies, ranging into the billions of dollars annually, despite the fact they are profitable without the subsidies.

This is corruption at its finest. The wealthy get richer, with the blessing of the government, which sics their watchdog on the petty citizen who forgot to carry a one. Since the 1980s, the largest transfer of wealth from the middle class to the wealthy is all human history has occurred while the government and the IRS have done nothing.

Today, the middle class is eroding and no comprises less than 50 percent of the American population. Productivity is high, CEO and executive compensation is at record levels, and prices have increased, but middle class and lower class wages remain stagnant. This has millions of Americans in a financial bind, dependent on credit to make ends meet. The political and economic consequences of this will be significant.

Of course, all this information is useless if the IRS fails to recover any assets or if the greatest criminals escape prosecution or jail. Such spacial treatment under the law only encourages more evasion in the long run, evasion which the poor and middle class of this country can no longer afford to subsidize.