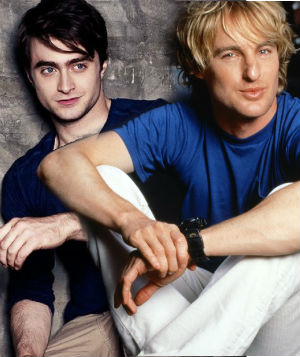 Daniel Radcliffe and Owen Wilson will appear alongside each other in 2018.

Daniel Radcliffe is best known for his role as Harry Potter and Owen Wilson as the voice of Lightning Mcqueen in Disney Pixar's Cars.

Each episode will be a different story featuring different characters.

According to a report from the A.V. Club, "Miracle Workers takes place in a typical workplace environment. Wilson's character of God is portrayed as more focused on his own "hobbies.'"

It's up to Radcliffe's character to handle all of the important tasks, whether they're too big for him or not.

Some critics of the show are concerned with Wilson's portrayal of God. Will he be depicted as uncaring and lazy? Is their room for comedy when dealing with this kind of subject matter?