LIVE exorcism to air on TV despite Catholic Archdiocese objection

Destination America, a cable channel owned by Discovery Communications is set to air the show Exorcism: Live! at 9 p.m. Friday night. The reality TV show will feature a clergyman, psychic and the team from Ghost Asylum attempting to exorcise whatever haunts the famous St. Louis home that inspired The Exorcist book and movie. 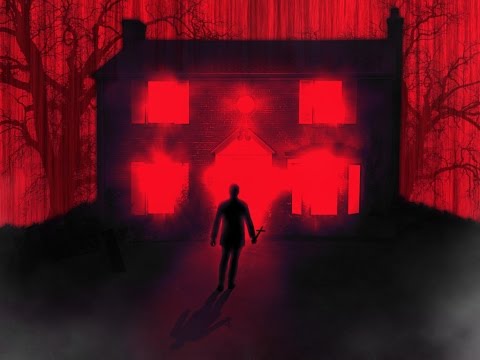 Television producer Jodi Tovay is aware of the potential dangers and has said, "The worst-case scenario is that one of these entities will attach to someone. It is dangerous. People have called it the biggest supernatural mystery in American history - so many tales that have come out of that house and still exist around it. So we almost had to do something."

The house has a history of possession, with Maryland teen Roland Doe going through an exorcism on the second floor of the home, which was owned by relatives. Doe's story began in 1949, when he became ill and started screaming in languages he never learned. When doctors were unable to diagnose him, religious leaders stepped in and decided he had been possessed by the Devil.

Doe traveled between Maryland and St. Louis for exorcisms and doctors' visits as well as clergy examinations. Destination America explained the reasons for choosing the home for the exorcism on their website, writing, "Ever since the attempted exorcism of Roland Doe rumors have swirled that the house is still possessed by an evil entity."

Nick Groff, former star of Travel Channel's Ghost Adventures, said, "It's waiting there to attack somebody else who is going to come in and let themselves open themselves up so it can attach itself to that individual in our reality. That's what scares me more than anything."

KSDK reports that the film The Exorcist was based on the detailed diary of one of the SLU Jesuit priests involved in Doe's exorcism.

The diary describes paranormal activity such as scratching sounds beneath Doe's grandmother's bed that would continue for a time before an image of Christ she had hanging on the wall would move as if it had been bumped from behind. The scratching moved from beneath the grandmother's bed and went to Doe's bedroom where it continued for ten days until it finally stopped.

The family believed it was little more than the sounds of rats in the walls and had called exterminators, only to discover the silence only lasted three days. The boy and grandmother then heard squeaking that progressed to the sound of feet and "the beat of drums."

Doe's grandmother attempted to ask what she assumed was a relative who had passed away two weeks after the first sounds were heard, but there was no verbal reply. The story only gets more terrifying from there.

In 2008 Dave Glover of the radio Dave Glover Show on 97.1 FM invited people to spend half an hour in the room of Doe's exorcism but none made it past five minutes. Glover recalled, "The look on one of the young lady's face is as close to horror and terror that I ever want to see."

Glover's video shoot of the house caught attempts to stay in the room for thirty minutes and inspired Destination America to hire a bishop from an offshoot of the Roman Catholic church to perform an exorcism on the home and it has many people upset.

Bishop Robert Hermann with the Archdiocese of St. Louis said, "Exorcism is not entertainment. Exorcism is serious business. It can only be done with the authority of the Archbishop by someone appointed by the Archbishop who is the exorcist for the diocese. Exorcism is to be done privately so as not to give Satan a lot of publicity."

Several neighbors are also upset and are concerned about traffic, noise and blocked streets and driveways. Neighbor Linda Kemp said, "It's ludicrous. It's a big hoax. Don't come. Don't pay attention to it."

Neighbor Shauna McWoods said noise from the production team was bothersome, saying it was the fault of "[g]enerators going at 11 o'clock at night. And they're loud. You can't sleep." McWoods is a practicing Catholic and was sure to have her home blessed before the showtime, saying, "Those negative spirits are real."