Among other things, the Dominican Sisters of Mary, Mother of the Eucharist have been known to appear on game shows and to chat with Oprah Winfrey on television. 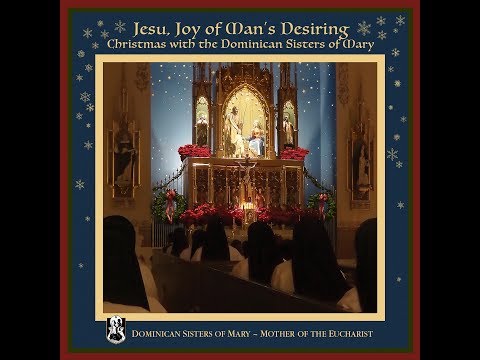 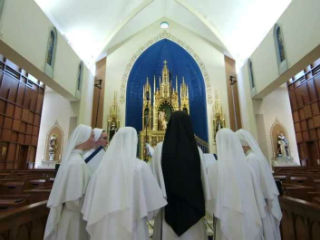 Dominican Sisters of Mary, Mother of the Eucharist have also appeared on games shows on the Oprah Winfrey show.

(Catholic News Agency) - This year, the Dominican Sisters of Mary are being recognized for their angelic voices, climbing the charts with their new Christmas album "Jesu, Joy of Man's Desiring," which is now ranked third on Billboard's Overall Holiday Chart, number one for classical music on Amazon, and third overall at Barnes and Noble.

"We had been asked many times over the years for a CD to share our Christmas songs," said Sr. Joseph Andrew Bogdanowicz, O.P, co-foundress of the Dominican Sisters of Mary, Mother of the Eucharist.

"Because we can't be with everyone during Christmas and not everyone can come here to the Motherhouse, we wanted to invite people into our special celebrations and traditions for honoring Our Lord's birth through this music, which is certainly a beautiful manner of doing so," she told CNA.

Founded 20 years ago in Ann Arbor, Michigan, the Dominican Sisters of Mary, Mother of the Eucharist have grown from four sisters to over 138. They serve as educators for students from preschool through college, as well as librarians at the North American Seminary in Rome.

With an average age of 30, this young community of sisters is proclaiming Christmas tidings this year through its new album, "Jesu, Joy of Man's Desiring."

The Christmas CD, which was recorded by De Montfort Music at the Ann Arbor Motherhouse Chapel, features classic tunes such as Carol of the Bells and Away in a Manger. However, it also includes songs from ten different countries, mixing the classic with contemporary.

Sr. Joseph Andrew noted that her favorite song on the album is "Sleep, Little Jesus," which is a Polish lullaby.

"It is a dear song to our community and already seems to be getting much feedback from those who have the CD," Sr. Joseph Andrew said, pointing to the community's founding under the beloved Polish pontiff, Pope John Paul II.

"Jesu, Joy of Man's Desiring" is not the first album that the sisters have produced. In fact, both of their previous records have been chart-topping - "Mater Eucharistiae" and "The Rosary: Mysteries, Meditations, & Music."

"This is our third recording, and so the process was more familiar to us," Sr. Joseph Andrew said, adding that recording the holiday album during the summer gave them some room to be more creative with the process.

"It is always a lot of fun, but this time we were able to decorate portions of the Motherhouse for the Christmas recording, which was in June. In this manner, it became all the more fun and spirited so that we would be at our very best in prayer and song for the recording," she continued.

Moving forward, Sr. Joseph Andrew noted that many young sisters who are joining the community "have many musical treasures to bring to us." As far as another album, she said that "only God in his infinite wisdom" knows.

"There are so many lovely ways to celebrate Christmas and we hope to be part of many family Christmas celebrations by our caroling in the background," Sr. Joseph Andrew said.

"Our Sisters want to be there with others during prayer, song, cooking, decorating the tree and family dinners."

"Jesu, Joy of Man's Desiring" was made available for purchase on Oct. 13 on Amazon, iTunes and Barnes and Noble, and is being distributed internationally by Sony.