What's this priest doing at a popular music festival?

What's a good way to reach a lot of young people all at once? 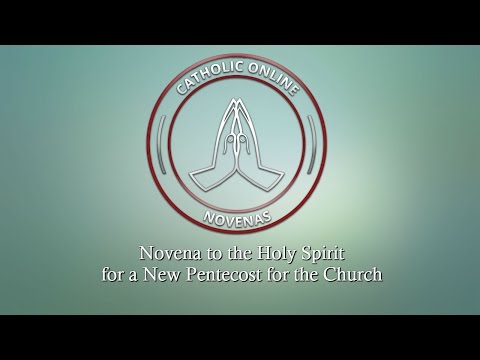 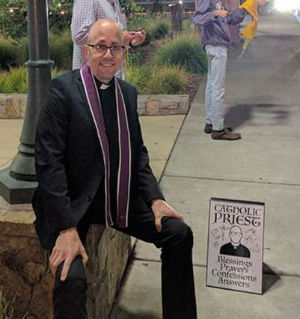 Fr. Jenuwine, parochial vicar at St. Apollinaris Parish in Napa, California had been trying to brainstorm creative ways to reach out to young adults.

Napa, Calif. (CNA/EWTN News) - Plant yourself at an entrance of a popular music festival with a sign, some free stuff, and a smile.

Fr. Jenuwine, parochial vicar at St. Apollinaris Parish in Napa, California, told CNA that he had been trying to brainstorm creative ways to reach out to young adults when he heard about the music festival. He said he was inspired after hearing a talk on evangelization a few weeks ago by EWTN personality Fr. Mitch Pacwa.

"My youth minister said well, BottleRock is this weekend, but it's chaos," he said.

Fr. Jenuwine placed himself on one side of the festival, while his St. Paul Street Evangelization team camped out on the other side. They prayed for 20 minutes before the Blessed Sacrament before hitting the streets, "begging for the graces we need and to get ourselves in the zone," Father said.

Besides prayers and answers, they offered rosaries, prayer cards and miraculous medals. They went fast.

"That first night we gave away every rosary, every prayer card, every miraculous medal we had, but sure enough we found more, so we went out again Sunday," Fr. Jenuwine said.

They stayed at the festival for about five hours on Saturday, and another couple hours on Sunday.

"I pretty much just made eye contact with people and said 'Hi, how're you doing?'" Father recalled. "And some people were like, 'Is he really a priest?'"

Others greeted him warmly: "Hi Father! Nice to see you out here."

Some were more skeptical. When one of the St. Paul team handed out a rosary, the recipient asked, "Does it come with a lecture?"

"There was one guy who said, 'What are you bringing this here for?'" Father recalled.

Others tried to avoid him by pulling out their phones and pretending to be busy.

"But even in that, if they were purposely ignoring us then we made an impression, because they knew we were out there," he said.

There were also some people who got blessings on Saturday that came back for another on Sunday.

"There were some people getting out of their Uber and they said, 'Hey he's still here! Father, can we get a blessing?'"

"I even heard a couple confessions," he said, though the confessees were people he already knew.

And although he advertised "answers" on his sign, there was one thing people asked that Father didn't know: "Where is the parking lot?"

"I said I promised I'd try, but I do not know where the parking is," Father said, laughing.

His youth minister, Dominic Figueroa, snapped a photo of Father hanging out under his street lamp with his sign, and Father posted it on Facebook. Yesterday, friends started to realize that the post was trending on Reddit. It now has more than 640 votes and nearly 100 comments.

It's an evangelization experience that he and his St. Paul team are looking to do again. They already have an event scoped out this weekend.

Pray the Novena to the Holy Spirit

"I think we made a little splash," Father said. "In a sense, this kind of started something for us."

The biggest takeaway, he said, was "how easy it was."