'He was a Primitive Baptist': Matthew McConaughey on new Bible-based film

Free World Class Education
FREE Catholic Classes
'Knight had a moral code rooted in the Bible and the Declaration of Independence: love thy neighbor as thyself, and all men are created equal.'

According to actor Matthew McConaughey, his latest film "Free State of Jonas" is not just a historical film - it is also a Biblical one. 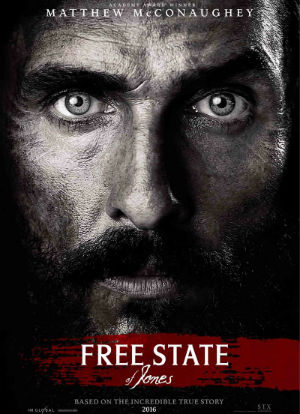 "Free State of Jonas" based on Bible?

LOS ANGELES, CA (Catholic Online) - "Free State of Jonas" centers around Newton Knight, who brings together a small band of farmers and slaves to fight the Confederates in Jonas County, Mississippi.

Knight and his fellow Civil War-era militiamen fight to the last man to declare Jonas County free of slavery.

In an interview with The Daily Beast, McConaughey explained Knight's character is a farmer, father, Confederate deserter and militant Southern Unionist.

Though Knight was a white Southern man, his character loved both his white wife and his black common-law wife, each of whom bear several of his children.

He is a fierce leader who openly defies the American government in the name of love, regardless of color.

"I had never heard of Newton Knight or this story, or of stories of Confederate defectors myself," McConaughey admitted. "When Gary Ross gave me the script my first question was, 'Wow-this is true?' I remember thinking this script is worthy of making even if it's not true. It happens to be true."

The film depiction of Knight's story leaves out a few ugly details, such as Knight impregnating his common-law wife's daughter, but the story of fighting for equality in a country where slavery was not only accepted but was also encouraged, is one worth telling.

"This man's sense of his family became the sense of a family of man-mankind, womankind, all kind." McConaughey explained. "But it started off as very selfish. You can't treat me like that. You can't take 10 percent of what I own. He was defending his own rights, and that became defending freedom for everyone."

McConaughey suggested Knight's understanding led to others learning the importance of freedom.

The actor said he was inspired by Knight's sense of justice discovered in the Bible, particularly since many of the freedom issues tackled in the film are still present today. 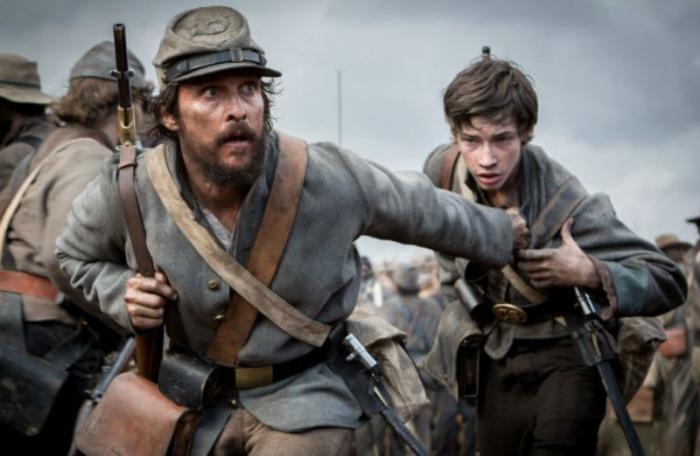 Matthew McConaughey's latest film is based on the Bible (STX Entertainment).

"Knight had a moral code rooted in the Bible and the Declaration of Independence: love thy neighbor as thyself, and all men are created equal," McConaughey stated. "So he had a very radical relationship with his own independence, and interdependence-which is very American. Extremely American.

"It is my personal belief that mankind has bastardized religion. Religion actually means, if you look up the Latin root, 're' which means again, and 'ligare,' which means to bind together. It means exactly the opposite of what and how we are often practicing it these days!

"All of this, the abolition of slavery in the Civil War at this time, they were almost all led by religious movements-Christian movements-that were trumping the ideals that everyone else had. They went further into it and said, 'No, this is not right-because of the Bible."

The real Knight was not afraid to kill his enemies to defend people in his community.

"He was not a 'turn the other cheek' New Testament guy," McConaughey laughed. "One of the things I noticed about him was if he saw something that was wrong or unjust, he really had no way to ignore it.
"It was not in his DNA to ignore it, damned be the consequences. He didn't lose sleep over any decisions he made. That's something I really admire about the guy.

"Have we evolved? Sure we have. Must we be aware of the progress we've made? Absolutely. Do we still have challenges that we have to overcome? Absolutely."

Some of the uglier sides of slavery can still be seen today - such as the use of the n-word.

"Personally, I think you put it out there in front of a light and let's examine that, let's examine what it's historical meaning is, what its present meaning is," McConaughey told Moviefone. "And understand how it hurts. It was a hard but beautiful scene we did."

He explained the importance of looking at America's history and learning what the U.S. has done to make the country a better place, though it was still difficult for McConaughey to explain the ugly sides to his children.

"American history. World history. My own family's history," McConaughey began, "Taking my children to set, telling them the story - trying to find a way to tell the story to young kids when I get home every night and before work in a way that they can understand it, and then hearing the questions that they had.

"Taking my children to set and saying, 'This is a horrible thing, but it's true. And you know what, the truth burns. But I'd rather us talk about some really ugly scars in our history that are still relevant today than you go play Call of Duty and shoot a bunch of people in a video game.

"It happened. It's real. So let's sit here and go, 'Yeah, guess what man, the world is not all clean and neat. We want to expect the best in everyone but we have to understand that we all have good and bad in us, and these are some times when we've made mistakes, there are some things where people were just wrong, and this is how we've improved and are still evolving. This is a situation that you will be handed and which will be more evolved when you get to it.'"

Though America's short history is rife with dark times, McConaughey expressed hopes for his children, aged 6 through 8, to live in a country that evolves at an exponential rate.

"America turns the page and evolves quicker than most places historically. In that way I'm inspired, and it makes me happy to be, and honored, to be an American. I'm not saying everything is just as they should be.

"But our ambition and our diligence to march forward for change, to test it out, to not give in to every new idea... Where do we hang onto tradition, and where do we progress with new ideas, and ones that will hopefully stand the test of time? That excites me about our country."