"To describe this film as stirring or powerful would do it a disservice," said Most Rev. Charles J. Chaput, Archbishop of Philadelphia. "FOR GREATER GLORY is much more than an exercise in piety; it's an extraordinary portrait of ordinary people struggling to defend their convictions. It's among the most absorbing films by any director or movie studio that I've seen in the past few years." 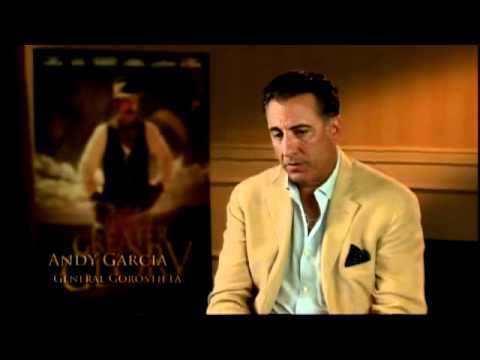 WASHINGTON,DC (Maximus Group) - Catholic bishops and other Church leaders are quite enthusiastic in their support of the new action epic from Director Dean Wright and Producer Pablo Barroso, FOR GREATER GLORY, which opens in theaters on Friday. The film's adventure unfolds against the long-hidden, true story of the 1920s Cristero War - the daring people's revolt that rocked 20th Century North America.

Most Rev. Plácido Rodríguez, Bishop of Lubbock, Texas, spoke recently at a pre-release screening of the film for Catholic leaders - telling the group about his mother and two sisters serving in the Feminine Brigades of St. Joan of Arc. That group, which grew from 20 founding members to more than 25,000 during the Cristero War, bravely supported the Cristero fighters with ammunition; medical aid and supplies; food - even transport of logistical communications among Cristero leaders. Their role in the fight for religious liberty is included in the film.

"As a nation established on the principal of freedom for all people, FOR GEATER GLORY reminds us of the important values that we as Americans and Catholics share and must be willing to protect," said Cardinal Seán O'Malley of Boston.  "This film helps us to understand the history surrounding the Cristero War and its importance in the Mexican Catholics' efforts to fight for religious freedom and tolerance.  Those values are as relevant today as they were almost one hundred years ago."

"To describe this film as stirring or powerful would do it a disservice," said Most Rev. Charles J. Chaput, Archbishop of Philadelphia. "FOR GREATER GLORY is much more than an exercise in piety; it's an extraordinary portrait of ordinary people struggling to defend their convictions. It's among the most absorbing films by any director or movie studio that I've seen in the past few years."

"It is not often that a film opens a window into the past that casts so much light on the present," said Most Rev. Thomas J. Olmstead, Bishop of Phoenix, Ariz. FOR GREATER GLORY depicts a courageous struggle for religious freedom that was inspired by love of Christ and love of country. The Cristeros of Mexico have much to teach us today."

FOR GREATER GLORY also features teenager Muricio Kuri in a stunning portrayal of Blessed José Sanchez del Rio, who joined the Cristeros at 14 and served as a flag bearer before being martyred by Calles' Federales.

Most Rev. José H. Gomez, Archbishop of Los Angeles, is hosting the world premier of the action adventure on May 31. "Los Angeles' connection to the events and people portrayed in FOR GREATER GLORY is well-documented," he said. "The Archdiocese of Los Angeles supported the beleaguered Church in Mexico, speaking out in defense of religious liberty and against government oppression. Los Angeles also welcomed thousands of refugees from the war, many of whom became founding parishioners of parishes in the eastern part of our city. And so, I am pleased and proud that Los Angeles will host the film's world premiere."

Many of the Cristero martyrs were Knights of Columbus, and the organization has spearheaded production of a behind-the-scenes look at the movie that includes historical background on the Cristero War. Anyone can watch the 30-minute program online at top of the article.

In addition, Ignatius Press is publishing the official companion book to the film, For Greater Glory: The True Story of the Cristiada. Written by noted Cristero War historian and expert Ruben Quezada, English and Spanish editions of the book will hit shelves shortly after the film's June 1 opening.

FOR GREATER GLORY is a production of Dos Corazones Studios, and is distributed by ARC Entertainment. A complete theater list - and links for advance ticket purchases online through Fandango, MovieFone and MovieTickets.com - are available at the film's official website, www.ForGreaterGlory.com.