It's seditious libel, not treason, and Sarah Silverman owes the Republic an apology

Free World Class Education
FREE Catholic Classes
Silverman flirts with sedition and calls for the overthrow of the president.

Americans enjoy freedom of speech, but not all speech is protected speech. Comedienne Sarah Silverman pushed the boundary when she tweeted an invitation for the military to overthrow Donald Trump. Such a request flirts with seditious libel. 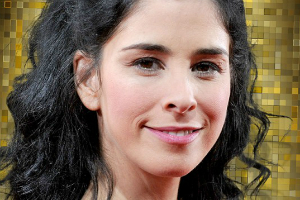 Silverman is entitled to her opinion, but inciting violence is not her right.

LOS ANGELES, CA (California Network) -- Americans enjoy freedom of speech, but that does not mean they can simply say anything. Certain kinds of speech are unprotected. It is illegal to shout â€˝fire!" in a crowded theater since it can create unnecessary danger. Fighting words, are not protected. Fighting words are things like racial slurs which when spoken to the face of another person can reasonably incite violence. Harassing language, particularly sexual harassment isn't allowed.

But there is another form of banned speech few Americans understand called sedition.

Sedition is speech which calls for the overthrow of the government or is intended to inspire rebellion or treason. Seditious libel is when that speech is printed.

On Twitter, Silverman flirted with seditious libel when she published the following tweet: "WAKE UP & JOIN THE RESISTANCE. ONCE THE MILITARY IS W US FASCISTS GET OVERTHROWN. MAD KING & HIS HANDLERS GO BYE BYE."

To the reasonable interpreter, Silverman is inciting the military to overthrow the president.

On Wednesday night, U.C. Berkely students rioted over the invitation from the school's campus Republicans for conservative Milo Yiannopouls to speak at a gathering. Silverman's tweet was sent in support of the angry students.

The tweet immediately inflamed passions on both sides of the topic with some calling Silverman to be tried for treason. But treason is the wrong accusation, it's sedition, and because it's a published statement, it is potentially seditious libel.

Seditious libel is written or spoken words advocating the unlawful overthrow of the government by force or violence. However, the strict and narrow interpretation of the law in the United States means that Silverman will not likely be accused of an actual crime. We are also exceedingly lenient as a nation when it comes to speech, especially when the speech comes from the left of the political spectrum. On the other hand, exercising free speech from the right will get you punched in the face, as the Alt Right darling, Richard Spencer discovered. It's hypocrisy.

But these are minor issues compared to the cognitive whopper that comes from a liberal leftist calling on the military to overthrow a democratically elected government.

For starters, our military is largely conservative in its attitude. Soldiers and veterans alike overwhelmingly voted for Donald Trump. His choice of defense secretary, Gen. John Mattis is also wildly popular. They're not on her side.

Second, did Silverman forget won the election? Trump was democratically elected. At least half of the country isn't onboard with the liberal agenda. This is their opportunity to govern, fairly won. They're right to exercise their power, whether we like it or not. There are processes we can use to stop things we're opposed to. The courts still rule and the Constitution remains in effect. This is how the system works.

Finally, what does such a call say about Silverman's respect for democratic processes or the Republic? A leftist who supports military action to enforce their brand of morality and to stifle contrary speech is hardly a person who supports freedom.

Freedom means letting others do things you don't like. Sometimes that means letting people say ridiculous things. It can also mean letting them listen to speeches from people you don't like, or owning guns, or protesting, or voting for the candidate you despise.

The good news is we have a system that allows for a peaceful revolution every four years. It's called the election cycle. Don't like Trump? Then don't vote for him. But like it or not, you must peacefully accept the outcome. You can still protest and you can still tweet stupid things. But you can never advocate for the military to destroy our Republic.

Such words, even if legal, are grossly irresponsible, and the nation is owed an apology if not a prosecution.