Television's favorite sitcom mom has passed away at the age of 82. 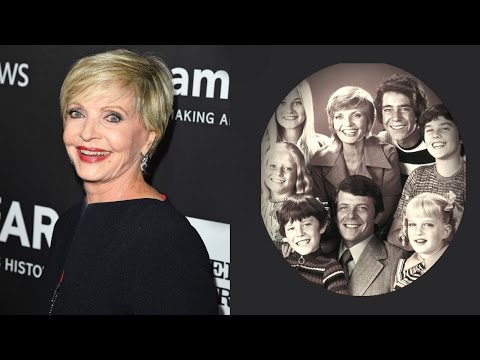 LOS ANGELES, CA (Catholic Online) - Actress Florence Henderson, best known as Carol Brady of the Brady Bunch, died on Thanksgiving day due to heart failure. According to her manager, Kayla Pressman, Henderson was admitted to the Cedars-Sinai Medical Center in Los Angeles on Wednesday, November 23. She passed on surrounded by her friends and family.

Henderson played the role of Carol Brady from 1969 and continued being Carol in one way or another up until the 1990s. However, she was a star in Broadway before she ever became "a lovely lady who was bringing up three very lovely girls."

Henderson landed a one-line role in 'Wish You Were Here,' as a 19-year-old drama student in New York. Her one line impressed Richard Rodgers and Oscar Hammerstein II and they gave her the female lead for the road tour of 'Oklahoma!' Henderson was also the original title role in the musical 'Fanny'.

But after the Brady Bunch premiered, some say she will always be known as Mrs. Brady. She played that role for many years, alongside Robert Reed, who played Mike Brady. The two returned to their roles years after the series ended in TV specials, 'The Brady Bunch Hour, 'The Brady Brides' and 'The Bradys.'

"It represents what people always wanted: a loving family," Henderson said in 1999 about the show. "It's such a gentle, innocent, sweet show, and I guess it proved there's always an audience for that."

Henderson once again became a Brady in 1995 for "The Brady Bunch Movie," but this time she played Grandma Brady, opposite Shelly Long's Carol.

Henderson kept her television appearances alive with her own talk shows and appearances on 'Hart to Hart,' 'The Love Boat,' 'Roseanne,' 'Ally McBeal,' 'The King of Queens,' and even as a contestant on 'Dancing with the Stars.'

Actress Maureen McCormick, who played Henderson's TV daughter Marsha, kicked off the many celebrity tributes to Henderson. "Florence Henderson was a dear friend for so very many years and in my heart forever. Love and hugs to her family. I'll miss you dearly," she wrote on Twitter.

Other celebrities described Henderson as a mom to everyone and a friend to all. She was said to be an honor to work with and a soul to be missed.

Henderson is survived by her children; Barbara, Joseph, Robert and Lizzie, and five grandchildren.