Good Friday Reflection on the Logic of the Cross

Pope Francis said something during his first general audience that inspired me to reflect on the suffering Jesus endured during his Passion for the sake of our redemption. He said, "Living Holy Week means increasingly entering into God's logic, the logic of the Cross. 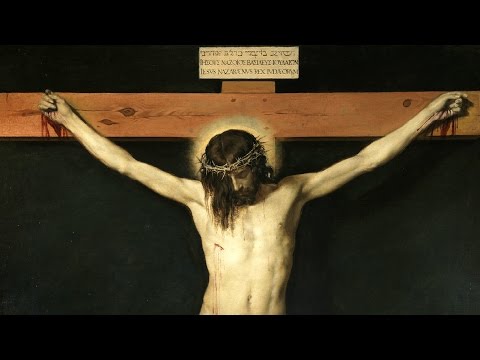 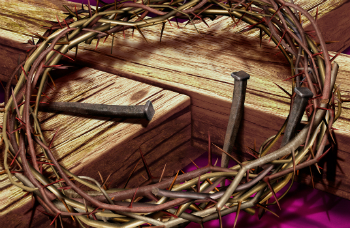 KNOXVILLE, TN (Catholic Online) - Pope Francis said something during his first general audience that inspired me to reflect on the suffering Jesus endured during his Passion for the sake of our redemption. He said, "Living Holy Week means increasingly entering into God's logic, the logic of the Cross, which is not first of all that of pain and death, but of love and of self-giving that brings life."

Thinking about the logic of the Cross reminds me of some things Benedict XVI discussed in chapter two of his book, Introduction to Christianity. I find them interesting. You may too.

Throughout history, most religions have recognized our guilt or estrangement before God. As a result, they have attempted to bridge the divide by means of sacrificial rites or expiation. But in Psalm 50 we read that God does not want the sacrifice of bulls or goats. He does not need them. They all belong to Him anyway.

Benedict then reminds us that what God wants is "man's unqualified Yes." Benedict says, "Everything belongs to God, but to man is lent freedom to say Yes or No, the freedom to love or to reject; love's free Yes is the only thing for which God must wait" (285-86).

The Catechism of the Catholic Church says that God is "an eternal exchange of love, Father, Son, and Holy Spirit, and he has destined us to share in that exchange" (221). To enter into that exchange, Benedict tells us, requires a concrete expression of love that extends "to the end" in total surrender and gives its all.

This is the kind of worship God wants. It is sacrificial and involves suffering, but for the Christian, the fundamental principle of the sacrifice is not suffering but love." However, suffering plays an important role in testing love. Benedict also gives us an example that shows us how suffering tests love in a sinful world. I thought it was powerful.

Four hundred years before Christ was born, the Greek philosopher Plato concluded that a truly righteous man (a "just man") must be misunderstood and persecuted. Only then can the just man's righteousness be complete. Only then can it be guaranteed that he seeks justice for its own sake. Plato wrote the following in the Republic: "They will say that our just man will be scourged, racked, fettered, will have his eyes burned out, and at last, after all manner of suffering, will be crucified."

"10 As for the upright man who is poor, let us oppress him . . . . 11 Let our might be the yardstick of right, since weakness argues its own futility. 12 Let us lay traps for the upright man, since he annoys us and opposes our way of life. . . . 14 We see him as a reproof to our way of thinking, the very sight of him weighs our spirits down. . . . 19 Let us test him with cruelty and with torture, and thus explore this gentleness of his and put his patience to the test. 20 Let us condemn him to a shameful death . . . ."

Blessed John Paul II makes a similar connection between love and sacrifice in his Apostolic Letter, On the Christian Meaning of Human Suffering, and he further develops Benedict's reasoning. John Paul says, "Suffering is particularly essential to the nature of man. . . . It is one of those points in which man is in a certain sense 'destined' to go beyond himself . . . ."

Hebrews 5:7-9 says that Jesus learned obedience from what he suffered and was made perfect. In this context, "perfection" refers to Jesus giving God a concrete expression of a love that extends "to the end," in other words, a love tested by suffering. Jesus poured his divinity into our nature. He then poured himself out for us on the Cross. Then he humbled himself even further, becoming "ground wheat."

But we are weak and rebellious. We do not want to give ourselves away completely and sacrificially. We fear suffering. So in our weakness we avoid it and disobey God. Our disobedience began in the Garden of Eden. The Catechism states, "Seduced by the devil, [Adam] wanted to 'be like God,' but 'without God, before God, and not in accordance with God'" (398).

Although we rebel against God and fail to enter into an exchange of love with Him, God uses even our weakness for a higher purpose. Blessed John Paul says that Jesus descends to the ultimate limits of human weakness and impotence, but at the same time in this weakness he is lifted up, confirmed by the power of the resurrection. This is the gospel paradox of weakness and strength (2 Cor 12:9-10).

Blessed John Paul writes, ". . .this means that the weaknesses of all human sufferings are capable of being infused with the same power of God manifested in Christ's cross. In such a concept, to suffer means to become particularly susceptible, particularly open, to the working of the salvific powers of God offered to humanity in Christ. In him God has confirmed his desire to act especially through suffering, which is man's weakness and emptying of self, and he wishes to make his power known precisely in this weakness and emptying of self" (25).

Jesus raised human suffering to a higher level by endowing it with the power to become redemptive. In this respect, the redemptive mission of Jesus continues. Blessed John Paul says that the redemption, which Jesus accomplished through perfect love, remains open to our loving participation and can even be expressed in human suffering.

Saint Paul says that we complete the suffering of Jesus in our own bodies (Col 1:24). When we unite our suffering to Jesus, we are participating in his ongoing redemptive mission. This act is our yes to God, our worship, our sacrifice. It is how we give ourselves back to Him and enter into His inner life through the logic of the Cross.